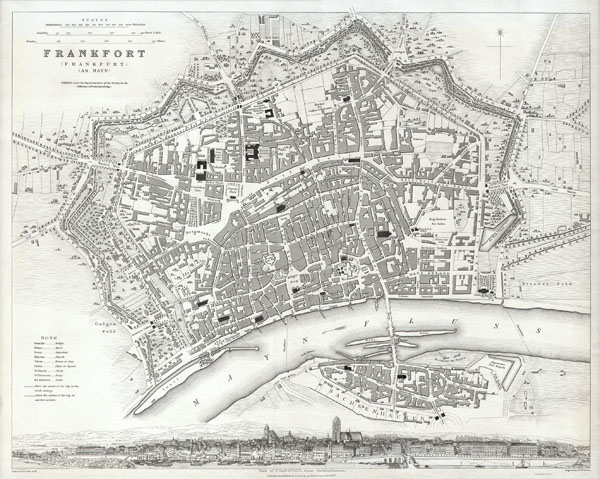 This map is a steel plate engraving, dating to 1837 and published by the S.D.U.K. or 'The Society for the Diffusion of Useful Knowledge.' It represents the world famous German city of Frankfort or Frankfurt. All important buildings, bridges, and parks are shown. Across the bottom of the map there is a stunning panoramic of Frankfort from Sachsenhausen.