1867 Weyss Map of the Battlefield of Fredericksburg during the U.S. Civil War 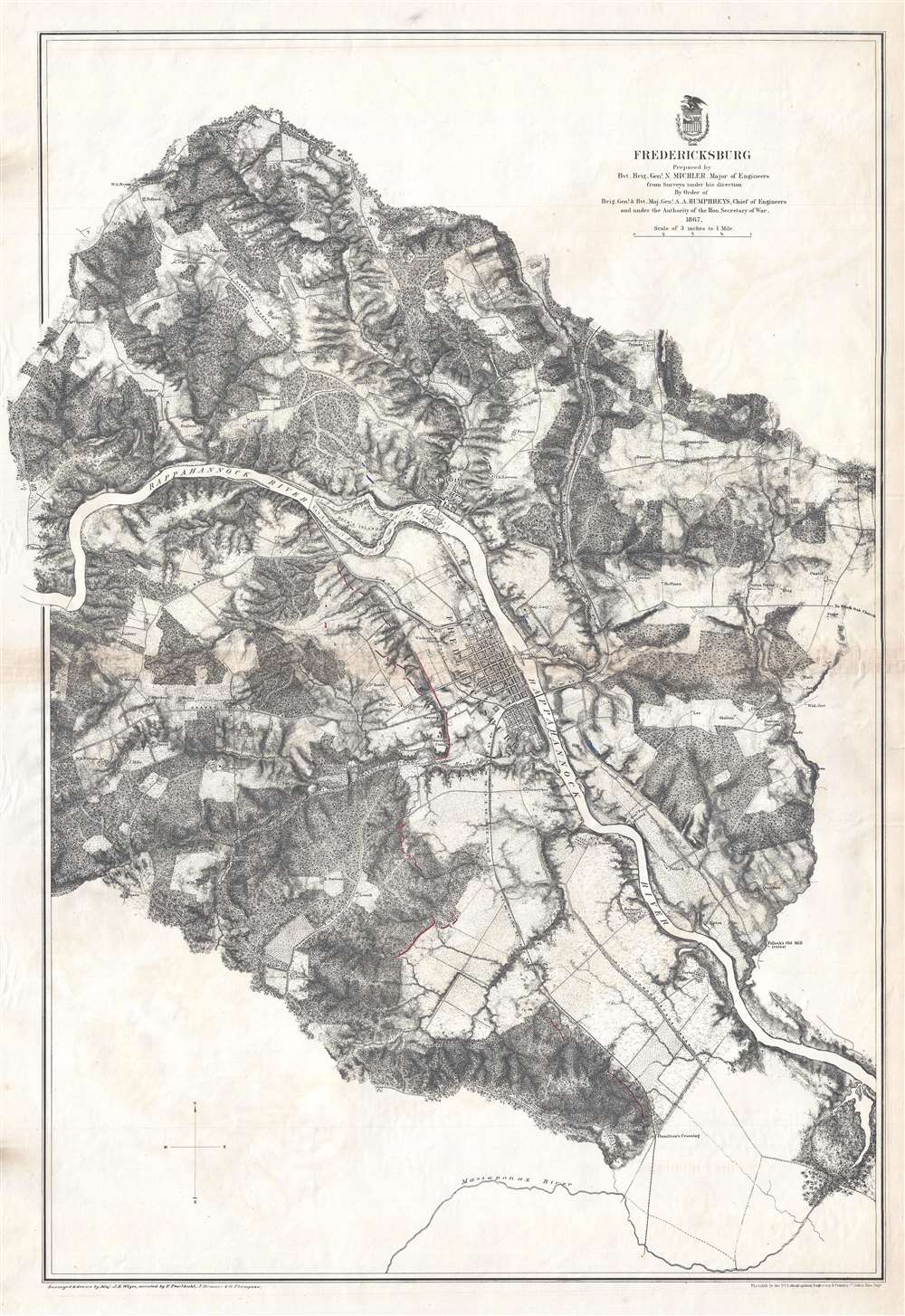 1867 Weyss Map of the Battlefield of Fredericksburg during the U.S. Civil War

Remembered as one of the most lopsided battles of the war, Union forces suffered over three times the number of casualties as the Confederates during the Battle of Fredericksburg.

The Battle of Fredericksburg

The battle of Fredericksburg lasted from December 11-15, 1862, in and around Fredericksburg, Virginia. Fought between the Union Army of the Potomac led by Major General Ambrose Burnside and the Confederate Army of Northern Virginia under the command of General Robert E. Lee, the Battle of Fredericksburg is remembered as one of the most lopsided battles of the war, with Union forces suffering over three times as many casualties as their Confederate opponents. Union commanders launched several futile frontal attacks on entrenched Confederate positions on the heights behind the city which led to the appalling casualty rate. The shockingly disproportionate casualty rate led to very different reactions in the North and South. Southerners were jubilant over the clear victory, with one newspaper calling the Battle of Fredericksburg a 'stunning defeat of the invader', while Union reaction was exactly the opposite. Fierce criticism and attacks were aimed at the Army and President Lincoln. One senator was quoted as saying 'those fool and traitor generals are wasting time and yet more precious blood in indecisive battles and delays', while the governor of Pennsylvania told Lincoln, 'It was not a battle, it was butchery.'