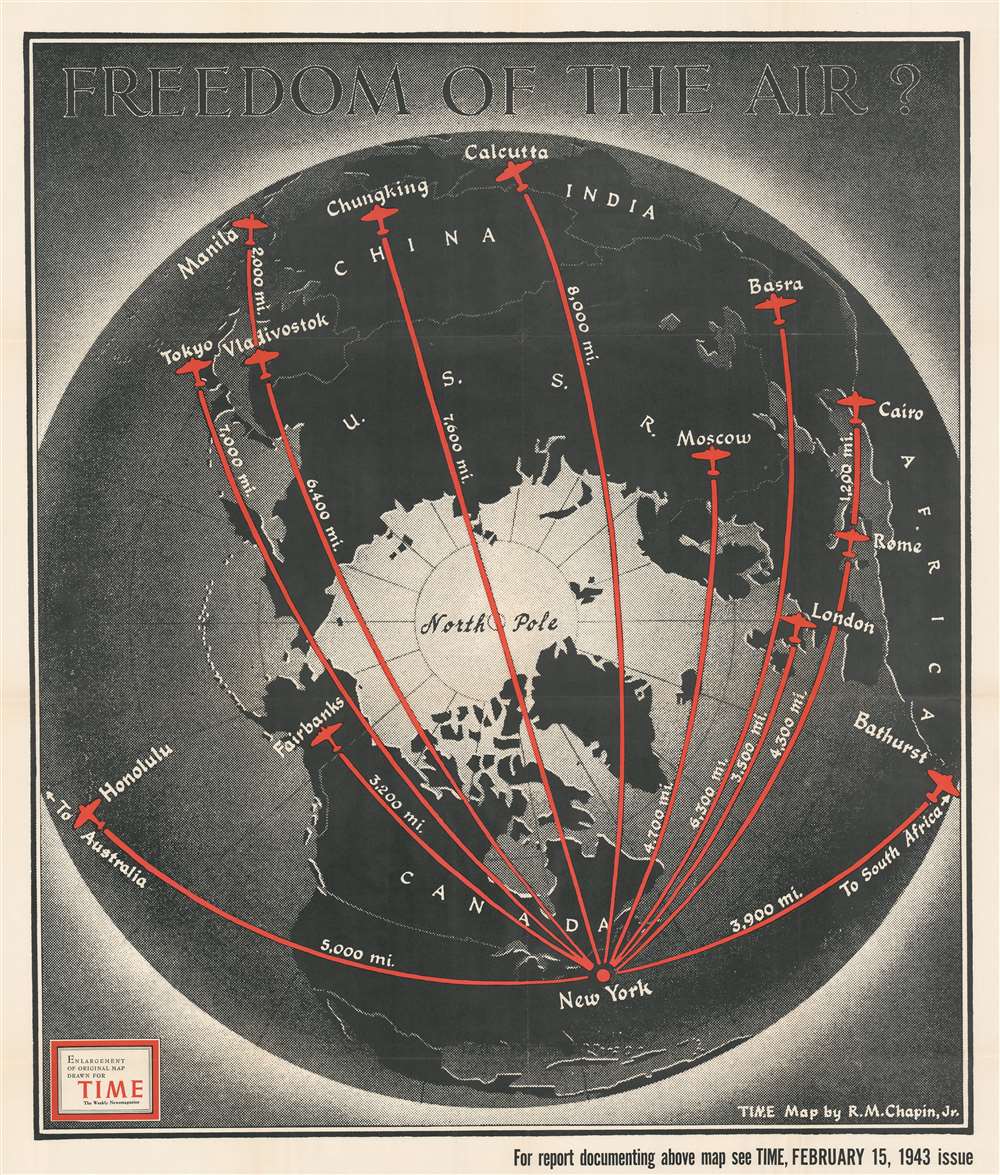 This is a 1943 Robert M. Chapin, Jr. map of the Northern Hemisphere and its great circle aviation routes. Red lines highlight eleven great circle routes from New York to points across the hemisphere, including London, Rome, Tokyo, Moscow, Calcutta, Fairbanks, and Honolulu. Each route's distance from New York appears in miles and silhouettes of the iconic DC-3 / C-47 mark each city.

What are Great Circle Routes?

Great circle routes are the shortest distance between two points on the surface of a sphere. On this map, Chapin illustrates how these routes all 'go over the top of the world' and may include flying over several different countries depending on the destination.

Why Talk About This Now? Aren't We Fighting a World War?

Considering when this map was published, in mid-February 1943, this discussion of air routes comes from two different perspectives The first is directly related to the war effort, when the United States was undertaking the logistical marvel of sending supplies around the world by air. Never before had worldwide air routes been pioneered as quickly as air supply routes during 1942 and into 1943. Both military and civilian transport aircraft flew these routes and provided essential supplies and personnel to military bases worldwide. The second reason was foresight. The U.S. spent billions of dollars building air bases and the supporting infrastructure (hangers, weather reporting stations, radio stations, etc.) worldwide. Six months after the war ended (and everyone knew the war would end eventually) those bases would all revert to the nation where they had been built. Pilots, and others involved in aviation, began pushing global aviation standards in 1943.

This map is a separately issued enlargement of a map drawn by Robert M. Chapin, Jr. for publication in the February 15, 1943 issue of TIME. An example is cataloged in OCLC and is part of the institutional collection at Franklin and Marshall College.