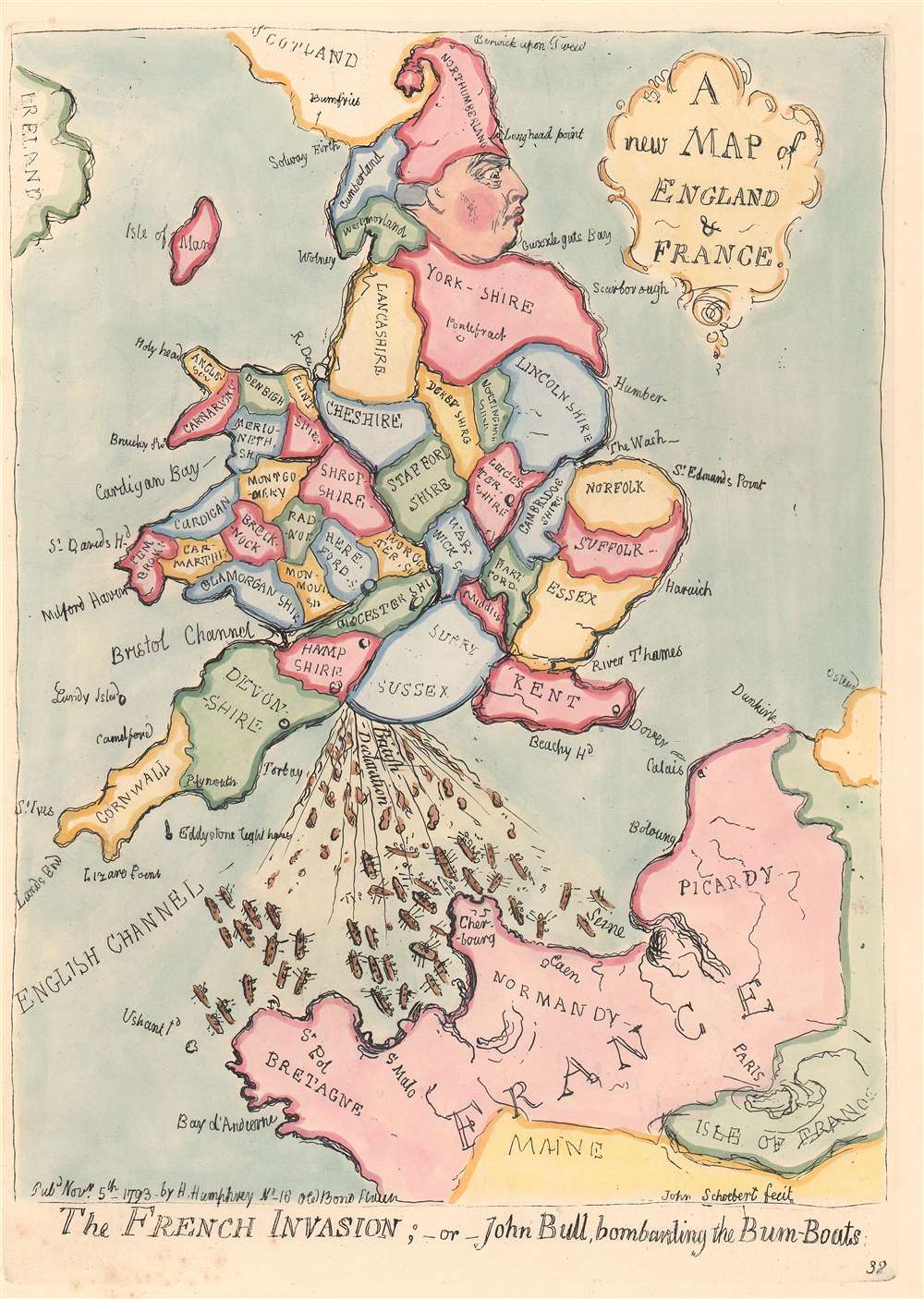 Scatological map of England and France.

A wonderful example of the 1851 George Bohn restrike of James Gillray's 1793 satirical caricature map of England, Wales, and France. An expression of the political tensions of the era, this map takes the form of George III of England, facing to the right and boldly raising his right foot (Kent), to stamp on France, itself taking the form of a face. The King is wearing a fool's cap composed of 'Northumberland.' Wales represents the king's flying coattails. The map illustrates, in the words of a Tate London Cataloger, George III

crapping vigorously on the coast of France, dispersing a number of tiny gunboats (…) The image is gross, but the King’s evacuations are heroic, patriotic and contemptuous, expressing the feelings of the brutish but uncensored John Bull, whom he here embodies.

The map of course illustrates the pervading fear in England of a Napoleonic invasion. Among George III's expulsions are the words 'British Declaration', referring to George's promise to return Toulon (held by Royalists aided by British and Spanish forces) to the French on the restoration of the Bourbon monarchy.

Like many of Gillray's more profane caricatures, this one was suppressed shortly after it was issued and is thus almost never seen in its original 1793 issue. The present example is George Bohn's 1851 restrike of Gillray's plates, compiled under the title Historical and Descriptive Account of the Caricatures of James Gillray.

Bohn, G., Historical and Descriptive Account of the Caricatures of James Gillray, (London) 1851.

Dorothy, George M., Catalogue of Political and Personal Satires in the British Museum, no, 8346.