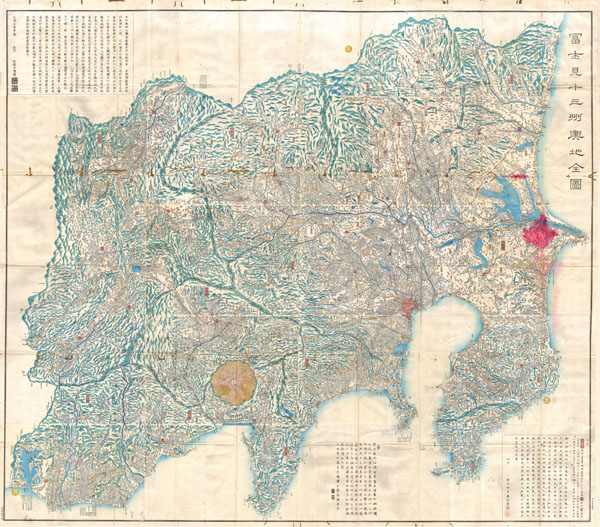 This extraordinary item is a hand colored 1843 (Tienpo 14) Edo or Tokugawa Period woodcut map of the thirteen states form which Mt. Fuji is Visible. Staggering size and detail, this map was produced in the mid-19th century Japanese woodcut style. The whole is beautifully rendered in woodcut with hand coloring and no specific directional orientation. All text is in Japanese and seems to be oriented to the center of the map. A fine example from the golden period of Japanese cartography and an extraordinarily rare piece. Drawn by Einen Akiyama.

Very good condition. Folds into original covers. Minor wormholes here an there – mostly on corners – see image. Red watercolor stain on right hand side of map. Good margins. Blank on verso.
Looking for a high-resolution scan of this?