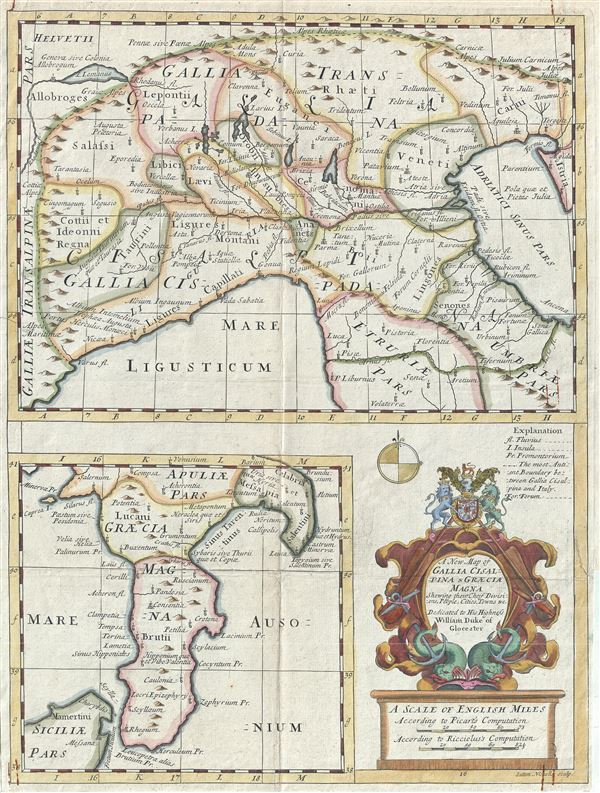 This is a charming 1712 map of the northern Italy and southern Italy in antiquity by Edward Wells of Oxford. Essentially two maps on a single sheet, the top map depicts the northern part of Italy from Lake Geneva (Lake Lemanus) to Volterra (Volaterrae). The lower map covers the southern part of Italy from Salerno (Salernum) to Reggio (Rhegum) and includes the northeastern part of the Island of Sicily. Both maps identify important cities and towns and uses ancient names throughout. The Roman districts of Umbriae, Veneti, Etruriae, Carni, Gallia, Cisalpina, Liguria, etc. on the upper map and Siciliae, Brutii, Apuliae, Graecia, etc. in the lower map are also noted. During the first centuries of Imperial Rome, Italia was the territory of the city of Rome rather than a province, and enjoyed a special status such that the armies of military commanders were not allowed into the region.