1860 Dufour Map of Gaul or France in Ancient Roman Times 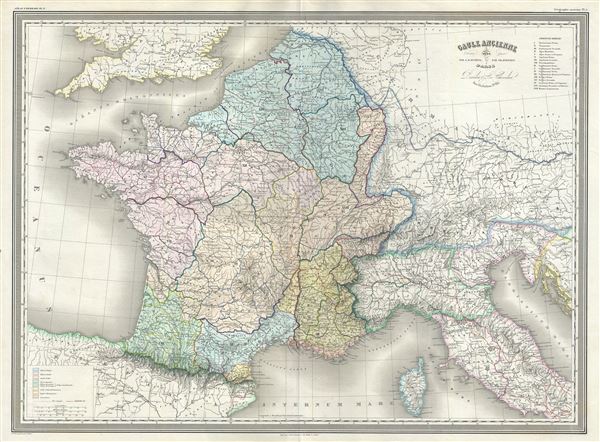 1860 Dufour Map of Gaul or France in Ancient Roman Times

This is a beautiful and scarce 1860 elephant folio map of Gaul or France in ancient Roman times issued by A. H. Dufour. It covers from the English Channel south as far as the Pyrenees Mountains and Hispania. It includes the modern day nations of France, Luxembourg, Belgium, Switzerland and the Netherlands. The map is beautifully color coded and numbered with a key in the upper right quadrant identifying the 17 provinces under the Roman Emperors.