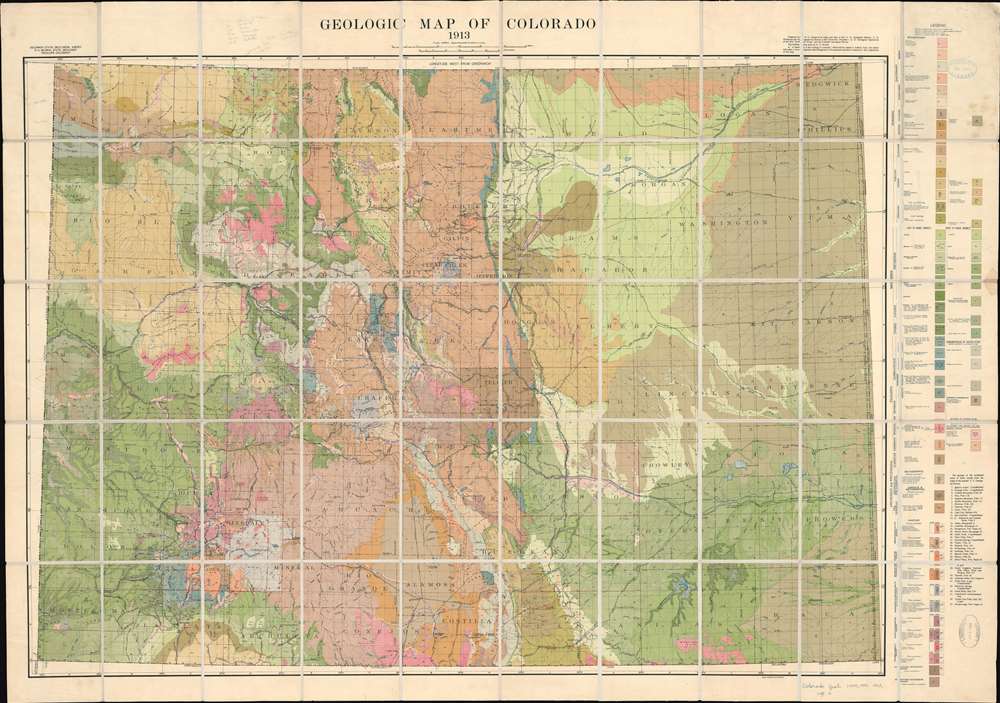 This is a 1913 Russell D. George geologic map of Colorado. Seventy-three different color and pattern combinations highlight geologic formations across the state. The attention to detail is truly astounding, with the borders of the various geologic regions presenting an incredible level of precision. A legend, situated along the right border, identifies these formations and breaks them down into sedimentary, metamorphic, extrusive igneous, and intrusive igneous rock formations. Counties are illustrated, and several cities and towns are labeled. Colorado's rail network is illustrated in detail. The Chicago, Burlington, and Quincy Railroad and the Chicago, Union Pacific Railroad appear in northeastern Colorado. The Atchison, Topeka, and Santa Fe Railroad, the Colorado and Southern Railroad, and the Missouri Pacific Railroad all run through southeastern Colorado. Particular attention is paid to the Denver and Rio Grande Railroad's network, perhaps the most extensive in the state.

This map was compiled by Russell D. George, drafted by H. C. Woods, and lithographed by August Hoen in 1913. It is well represented institutionally, but it scarce on the private market.