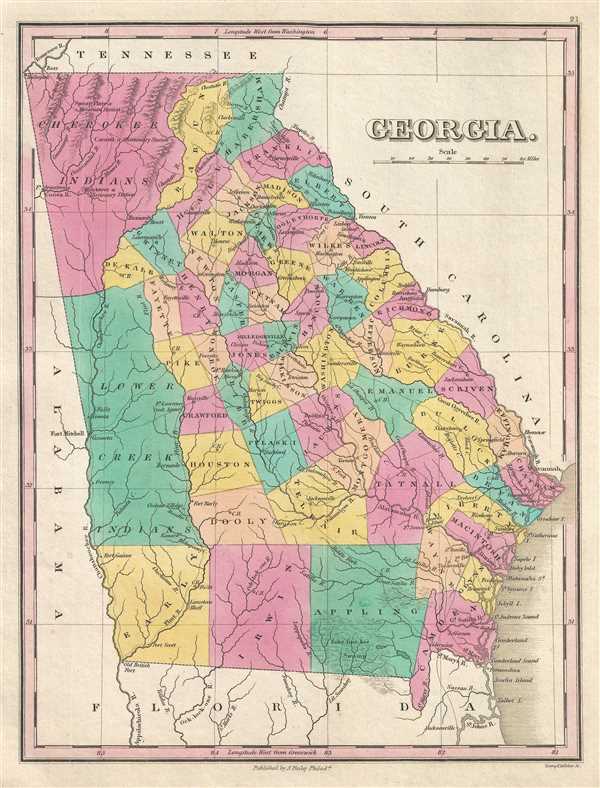 This is an 1828 Anthony Finley map of Georgia. The map depicts the state from Tennessee to Florida and from Alabama to South Carolina and the Atlantic Ocean in Finley's classic minimalist style. Rivers, roads, canals, and some topographical features are illustrated. Numerous cities and towns are labeled, including Augusta, Athens, and Savannah. Counties are easily differentiated as they are shaded various colors.

Finley's map of Georgia is particularly interesting and important due to its portrayal of the rapidly changing American Indian situation in the western part of the state. In 1828 a substantial part of northwestern Georgia was territory assigned to the Lower Creek and Cherokee nations. Finley's map details the borders of this country as defined by the Flint and Chestatie Rivers. Numerous American Indian villages and missionary stations are noted, including a Moravian mission, within the Lower Creek and Cherokee territories. Just four years after this map was made the Creek and Cherokee would be forcibly relocated westward in the infamous 'Trail of Tears.'