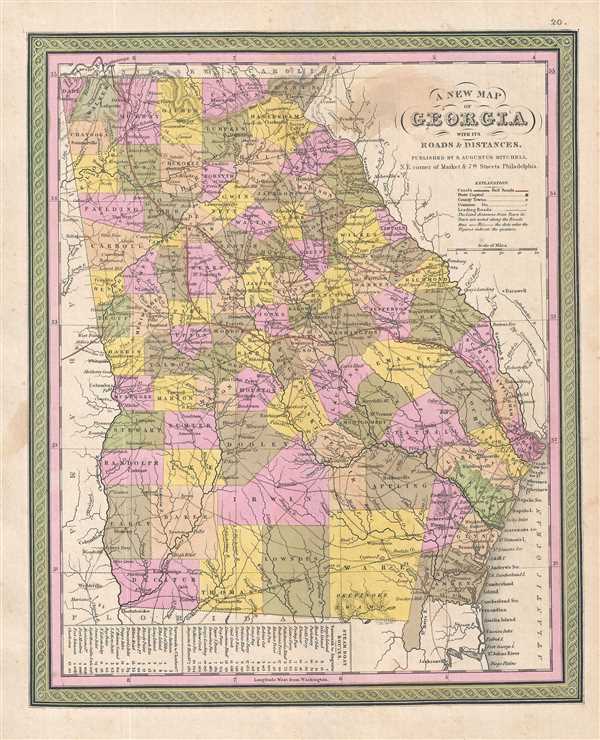 The state of Georgia with its roads.

This is a fine example of S. A. Mitchell's 1849 map of Georgia. Through its elegant design, this map of Georgia centers our attention on the roads and railroads that crisscross the state. Steamboat routes and mileages are presented in tabular format in the lower left quadrant. The whole is engraved and colored in Mitchell's distinctive style with green border work and vivid pastels. Political and topographical features are noted and color coded with elevation rendered by hachure.