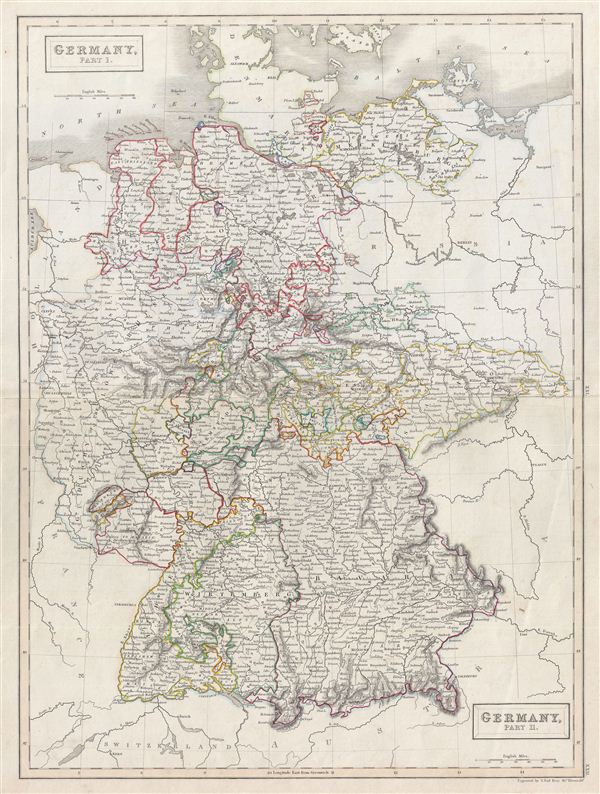 A fine example of Adam and Charles Black's 1840 map of Germany, in two parts. Black's map covers all of Germany and depicts individual German states. During this time in Germany, The German Confederation, created in 1814, acted as a buffer zone between Austria and Prussia, the two largest and most powerful member states. The development of industrialization and global trade in the region spurred German solidarity movements. In 1848, the March Revolution rose from popular discontent with the archaic autocratic political structure imposed by the Congress of Vienna in 1814. This map was engraved by S. Hall for issue in the 1840 edition of Black's General Atlas.