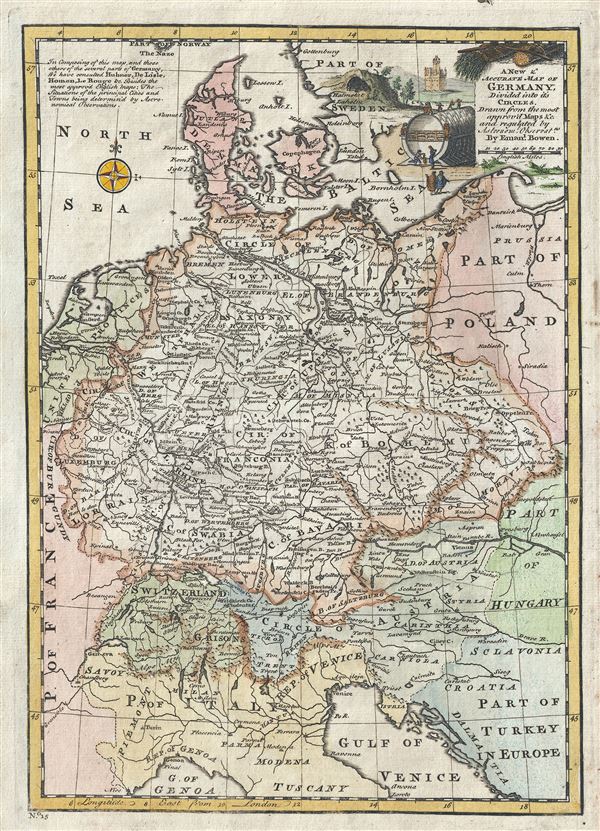 This is a beautiful 1747 map of Germany by the British cartographer Emanuel Bowen. It covers Germany during the mid-18th century, which included all of modern day Germany, Austria, Switzerland, Czech Republic, the Netherlands, Denmark and parts of Eastern Europe. Parts of northern Italy, Poland and Hungary are also included.

Throughout, several towns, cities, rivers, lakes, roads and a host of additional topographical features are noted, with mountains beautifully rendered in profile. A beautiful title cartouche is included in the top right quadrant. Bowen notes that this map was based on earlier maps by Hubner, Delisile, Homann and Le Rouge. Prepared by Emanuel Bowen as plate no. 15 for the 1747 issue of A Complete System of Geography.