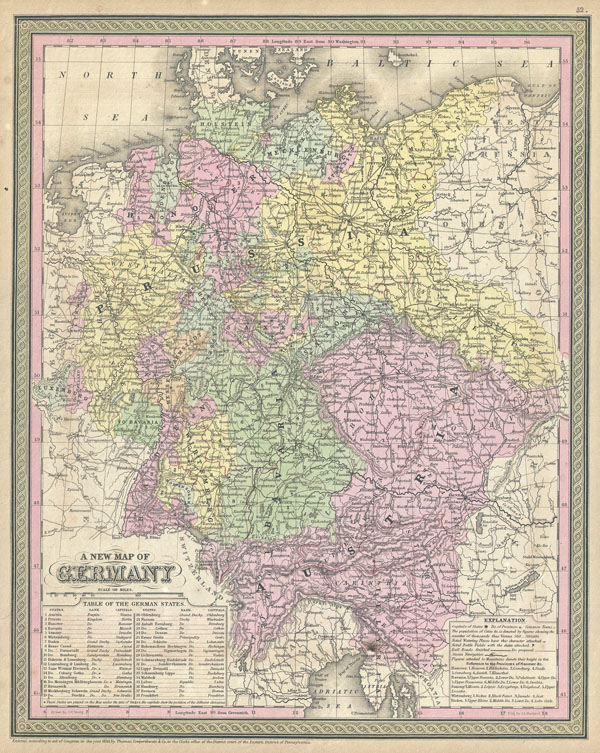 An attractive example of S. A. Mitchell Sr.'s 1853 map of Germany. Depicts the entire country color coded according to individual German states. Unlike most of Mitchell's European series, this map did not appear in all editions of the Atlas. It was prepared in 1853 to replace and earlier, smaller map of the same region - despite this Mitchell chose to save money by not updating the copyright, hence it is still dated to 1850. Surrounded by the green border common to Mitchell maps from the 1850s. Prepared by S. A. Mitchell for issued as plate no. 52 in the 1853 edition of his New Universal Atlas. Dated and copyrighted, 'Entered according to act of Congress, in the year 1850, by Thomas Cowperthwait & Co., in the Clerks office of the District court of the Eastern District of Pennsylvania.'

Very good condition. Minor offsetting and overall toning.
Looking for a high-resolution scan of this?