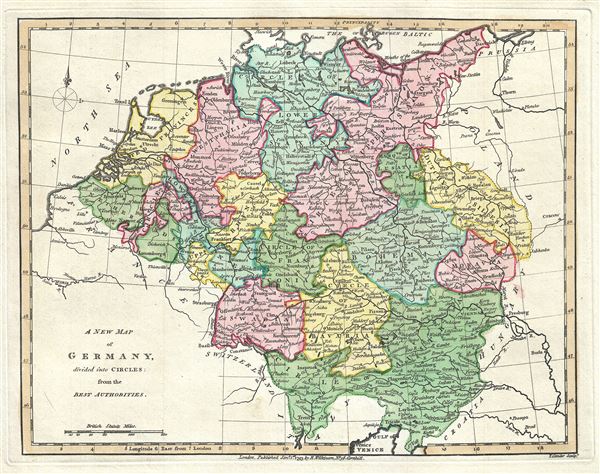 This is a fine 1791 map of Germany by Robert Wilkinson. It covers all of modern day Germany and Austria, and divides the area into the 'imperial circles' devised by the Holy Roman Empire to administer, tax, and defend the Empire (covering most of what is now Central Europe).  The Napoleonic Wars would, of course, dissolve the Holy Roman Empire and lead to the consolidation of Germany in 1871. The map is beautifully detailed and notes numerous towns, cities, rivers, mountains, forests, lakes and a host of additional topographical features.

This map was engraved by Thomas Conder and issued as plate no. 15 in the 1792 edition of Robert Wilkinson's General Atlas.