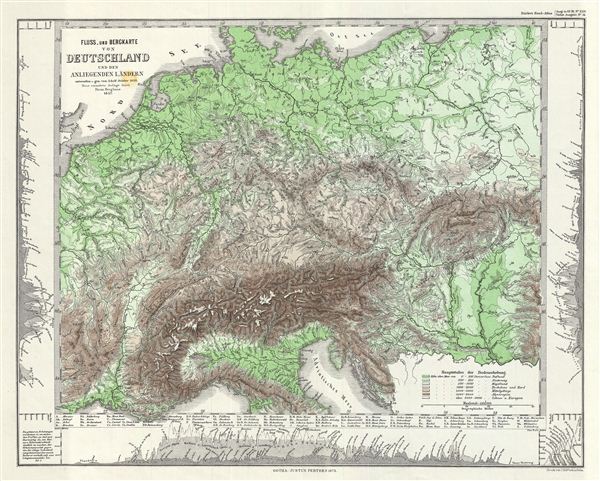 This is a beautiful example of Stieler's 1857 physical map of the rivers and mountains of Germany and its neighboring countries. It covers from Denmark to the northern part of Italy and includes the modern day countries of Germany, Netherlands, Belgium, Czech Republic, Austria, Switzerland, Slovenia, Croatia and parts of France, Poland and Italy. The map is surrounded on three sides by elevations of the various mountain ranges. Map is densely detailed with both political and physical data. Various cities, mountains, roads, rivers and an assortment of additional topographical details are noted. Printed to a high production standard, as was typical of German and especially Perthes/Stieler maps of this period. Published by the Justus Perthes firm for issue in the 1873 edition of Stieler's Hand-Atlas.