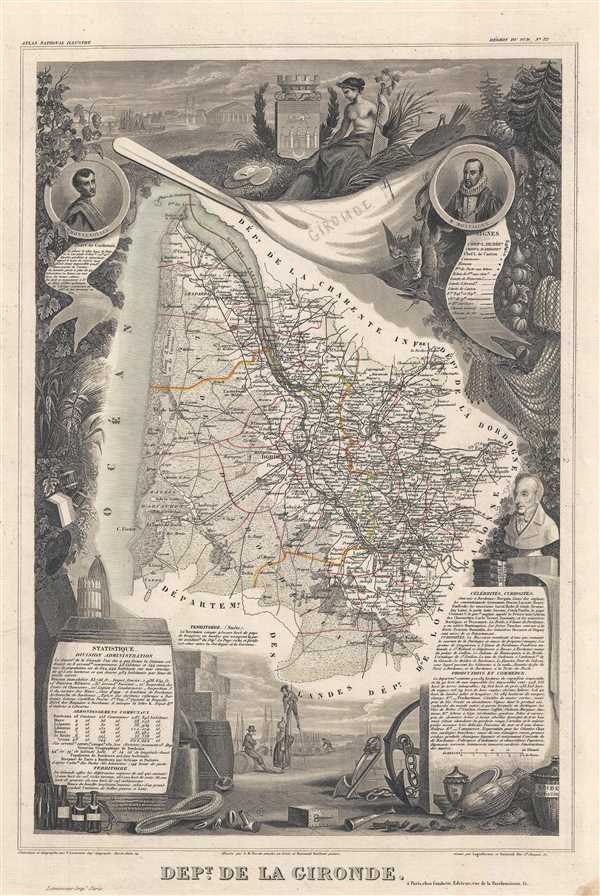 Map of the Bordeaux wine region and the birthplace of Montesquieu.

This is a fascinating 1852 map of the French department of Gironde. This coastal department is the seat of the Bordeaux wine region and produces many of the world's finest reds. The city of Bordeaux is located at center. The map depicts numerous vineyards and chateaux and is surrounded by elaborate decorative engravings designed to illustrate both the natural beauty and trade richness of the land. There are statistics and a short textual history of the region on both the left and right sides of the map, including a list of famous French citizens who are from the region, such as Montesquieu.

The elaborate surround was drawn by Aristide Michel Perrot. Published by V. Levasseur in the 1852 edition of his Atlas National de la France Illustree.