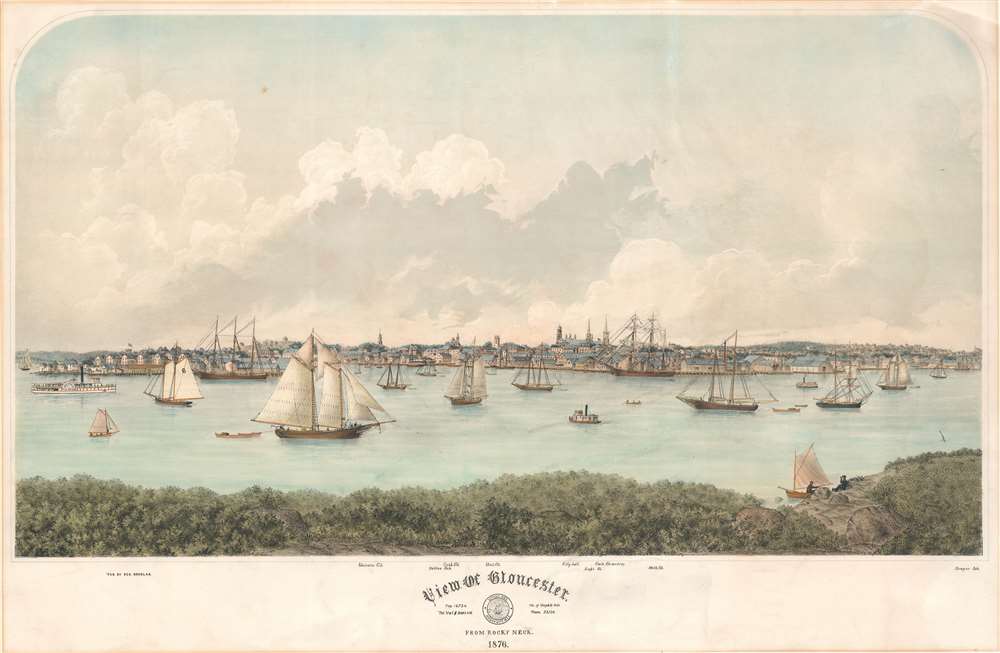 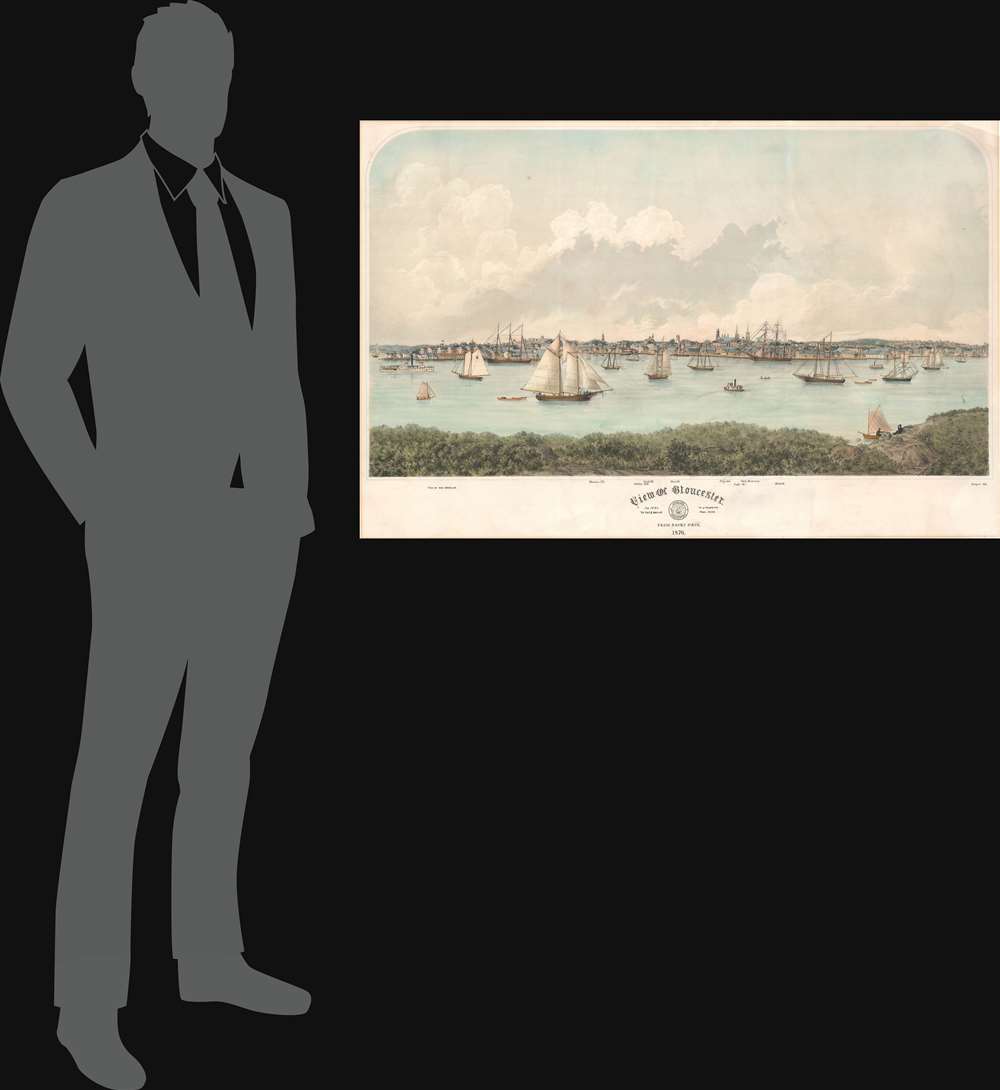 A fine 1876 George Douglas / F. Kimball Rogers low-perspective view of Gloucester, Massachusetts. The view looks northeast towards Gloucester from Rocky Neck, an outcropping near Smith's Cove. Coverage extends from Fort Point (at left), to Harbor Cove (at center), and Duncan Point (at right). Several churches, notable for their tall steeples, are recognizable and labeled, including the Universalist Church, at left, the Orthodox and Unitarian Church, at center, and the Catholic, Baptist, and Methodist churches at right. The Sawyer School (far right), Collins School (just left of center) and City Hall (just right of center) are also recognizable.

This view is based upon a painting by Frank Kimball Rogers, who drew it in 1875. Roger's imprint and the date are located within the plate in the lower right. It is frequently misattributed to Hugh Fitz Lane, Gloucester's most prominent 19th century painter and viewmaker. Lane issued a similar view, also from Rocky Neck, in 1859 (see Geographicus GloucesterView-lane-1859), but it takes only a cursory examination to recognizes that they are completely different paintings. The present view was transferred to lithographic stone and published George Douglas in 1876. Of Douglas, we have found no trace. Scarce. Reps notes examples at the Boston Athenaeum, the Mariners Museum at Newport News, and the Yale University Art Gallery.