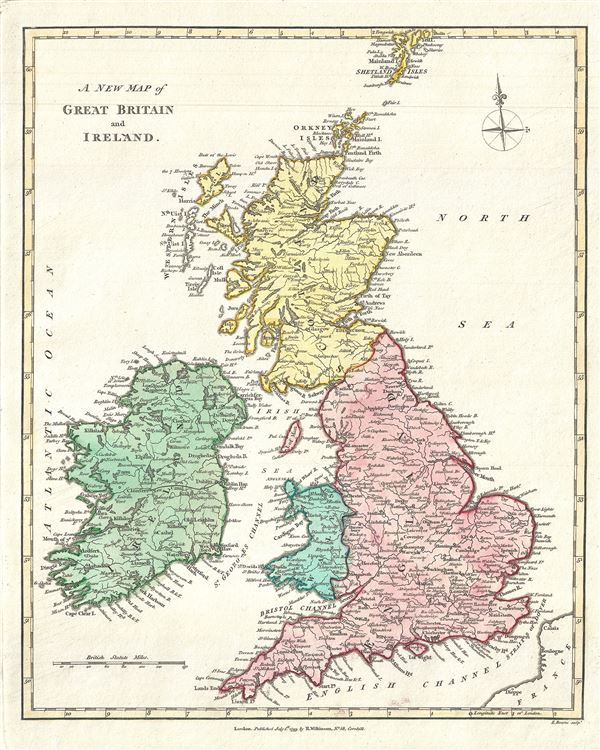 This is an exquisitely detailed 1793 map of the British Isles by Robert Wilkinson. Wilkinson's map covers all of England, Scotland, and Ireland, inclusive of the Shetland Isles. Color coding divides the map according to region, with England, Ireland, Scotland, and Wales highlighted. The map offers extraordinary detail, noting numerous towns, cities, rivers, forests, mountains and other topographical features. This map was engraved by Thomas Conder and issued as plate no. 9 in the 1792 edition of Robert Wilkinson's General Atlas.