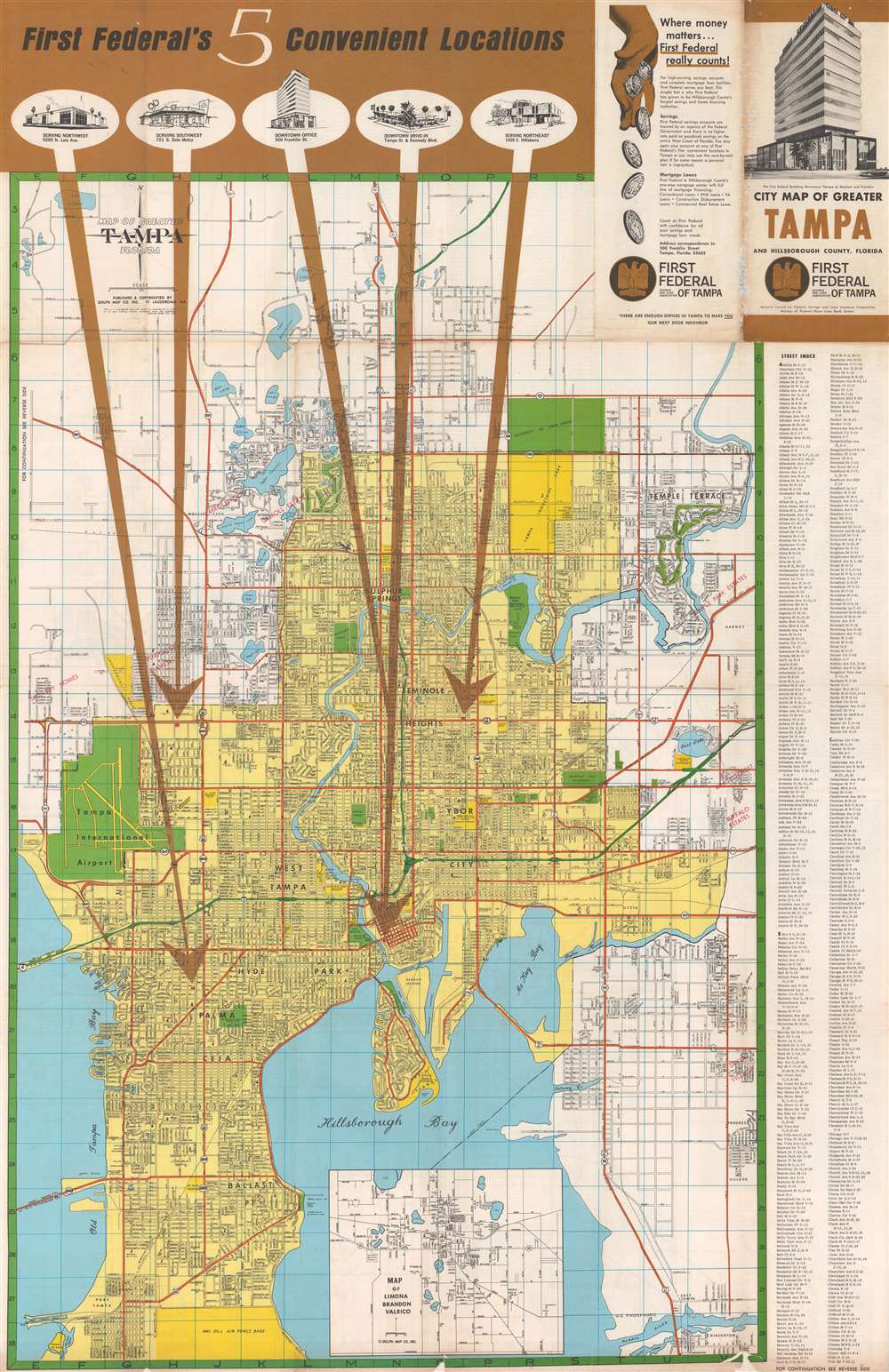 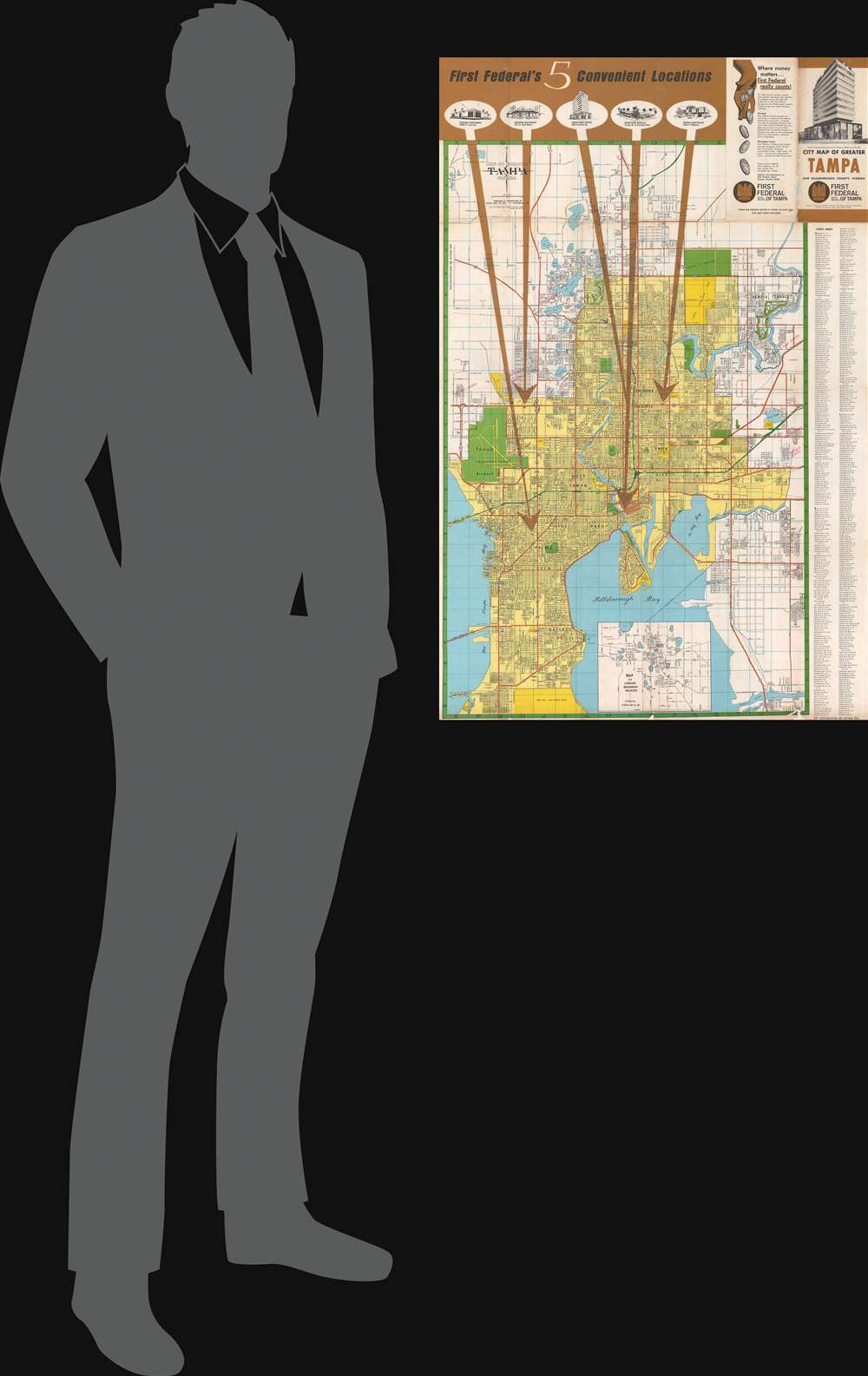 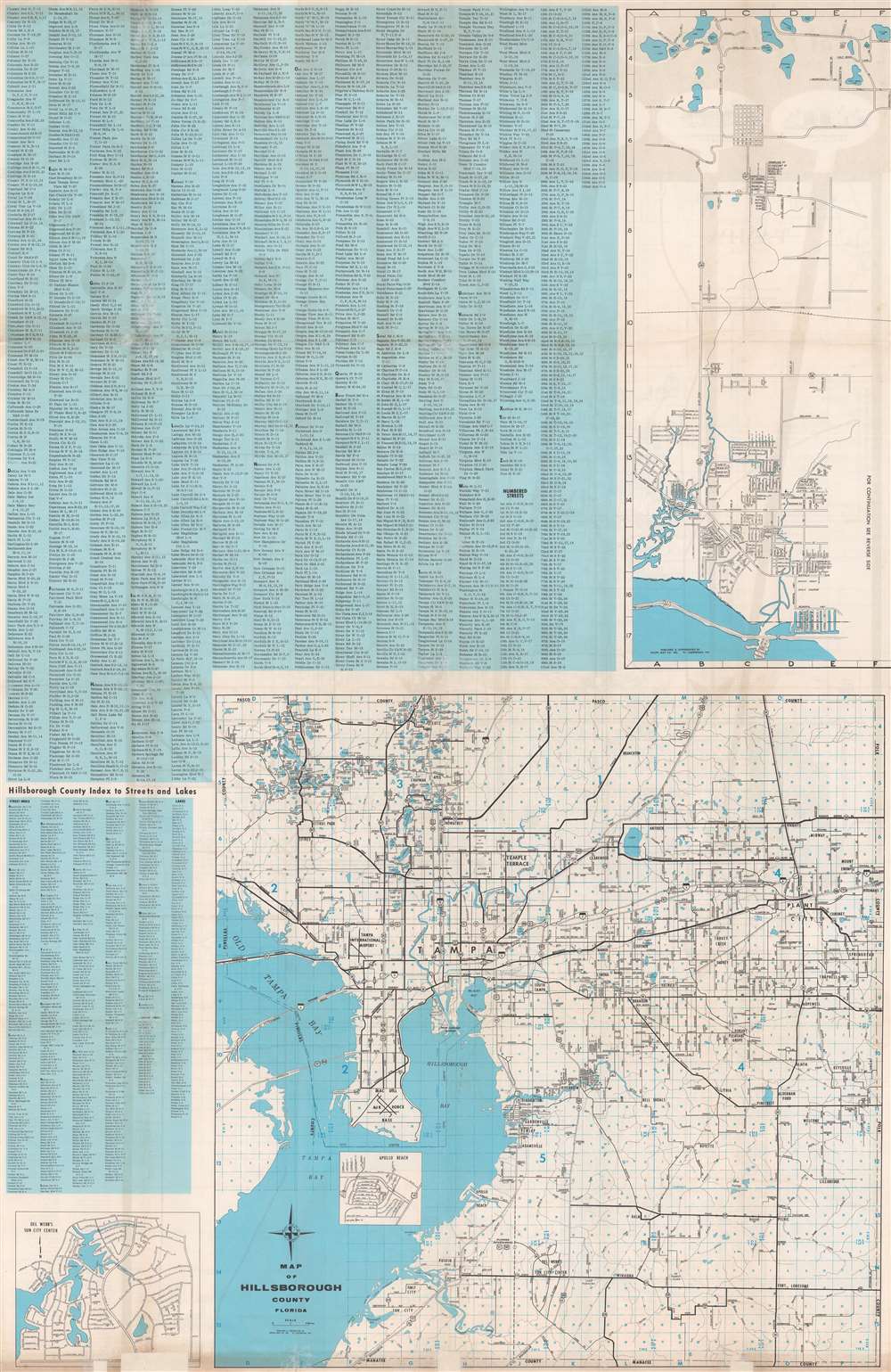 A charming map of Tampa created for First Federal of Tampa - a local bank.

This is a c. 1968 Dolph Map Company city plan or map of Tampa, Florida, produced for the First Federal Savings and Loan Association of Tampa. As befits the map's purpose, five large brown arrows emphatically point out the five First Federal of Tampa locations around the city. Charming views of each branch appear near the top border at the end of each arrow. Tampa itself is shaded yellow, with city streets illustrated and labeled. City parks are colored green, along with Tampa International Airport and the University of South Florida. City property, including baseball fields, hospitals, the city's industrial park, the shopping center, and its housing projects are shaded a bright yellow. Orange highlights major thoroughfares. Tampa's many suburbs appear in the white areas surrounding the city itself. An inset map of Limona, Brandon, and Valrico is situated along the bottom border and a street index appears outside the right border.

A map of Hillsborough County occupies at least a third of the verso and an extension of the map on the recto is situated in the upper right quadrant. A small map of Del Webb's Sun City Center is included in the lower right corner. A continuation of the Tampa street index from the recto and a smaller street index of Hillsborough County appears on the rest of the verso.

This map was created by the Dolph Map Company for the First Federal Savings and Loan Association of Tampa c. 1968. At least one other map bearing the same title and much of the same content was published around the same time period, thus making identifying cataloged examples of the present map very difficult. We note three OCLC references for maps with this title published by the Dolph Map Company, but it is unclear if they represent examples of the present edition or the later edition with the same title.