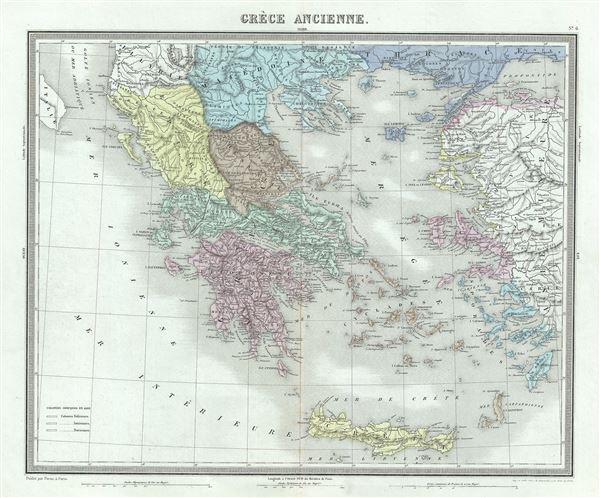 This is a fine 1874 map of Ancient Greece by Ambroise Tardieu. This map focuses on Greece under the Roman Empire, covering from the Ionian Sea to Aegean Sea and from Macedonia to the Mediterranean Sea. Details mountains, rivers, cities, roadways, and lakes. The map is color coded and divided according to the political divisions or the Roman Empire.

This map was prepared by Ambroise Tardieu and issued as plate 6 in his 1874 edition of Atlas Universel de Geographie Ancienne et Moderne.