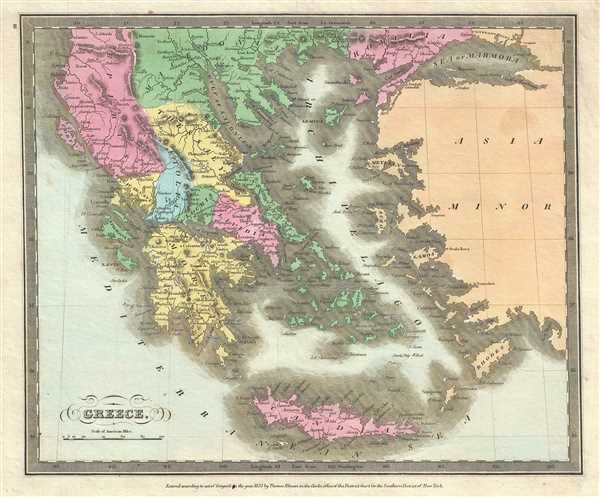 This is David H. Burr’s 1835 first edition map of Greece. It covers from the Sea of Marmora south to include Candia or Crete. Towns, rivers, mountains, islands and various other important topographical details are noted. Elevation throughout is rendered by hachure and political and territorial boundaries are shown in vivid color.