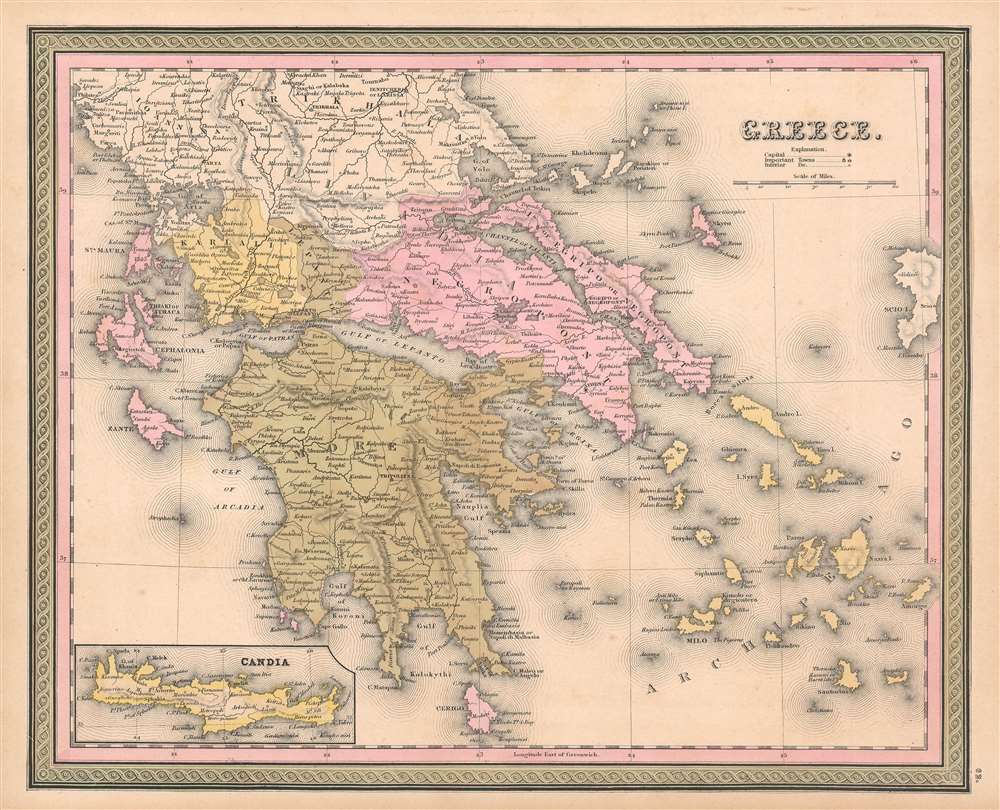 Mitchell's depiction of the southern portions of modern Greece.

This is an 1849 Samuel Augustus Mitchell map of Greece. The map depicts the region from Ioannina and Triekhala south to include the Euboea (Negropont) and the Peloponnese (Morea). The southern portion of modern Greece is illustrated in detail, including the Peloponnese (Morea), the Negroponte, and Karalla, as well as the Ionian Republic and the Greek Isles inclusive of Crete (Candia) via an inset in the lower left. Political and topographical features are noted and color coded with elevation rendered by hachure. At the time, this part of Greece was the center of the Greek Independence movement having attained independence from the Ottoman Empire in 1821.

The whole was engraved and colored in Mitchell's distinctive style with green border work and vivid pastels. Mitchell published this map in his atlas from 1846 to the late 1850s before discontinuing the series and selling his map plates to DeSilver. This map was issued in the 1849 edition of the New Universal Atlas. It was the last edition of that atlas to be published by Mitchell prior to selling the plates and rights to the atlas to Thomas Cowperthwait in 1850.