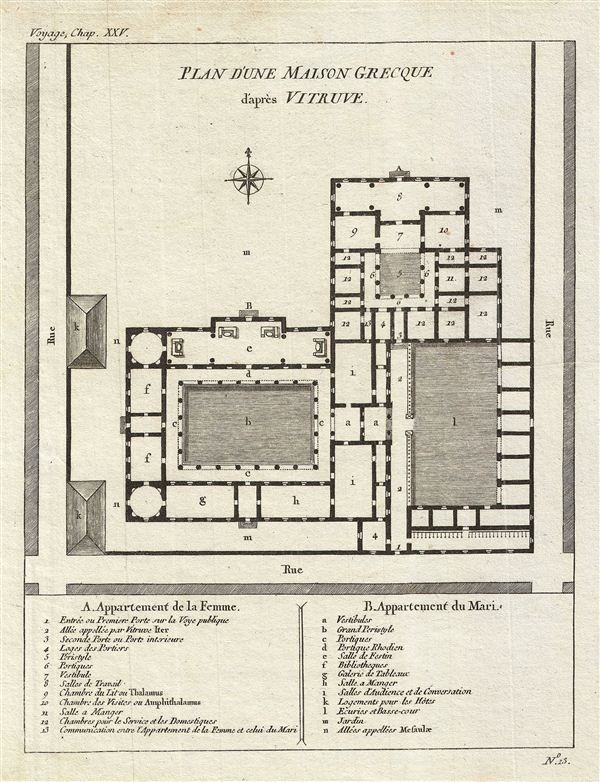 This is a fascinating example of the 1791 Barbie de Bocage plan of a typical residence in Ancient Greece. Based on the design of the Roman architect Vitruvius, it features a key at the bottom identifying each room as belonging to the 'Apartment of the woman' or the 'Husband's Apartment.' Prepared by M. Barbie de Bocage in 1791 to illustrate the Travels of Anacharsis.