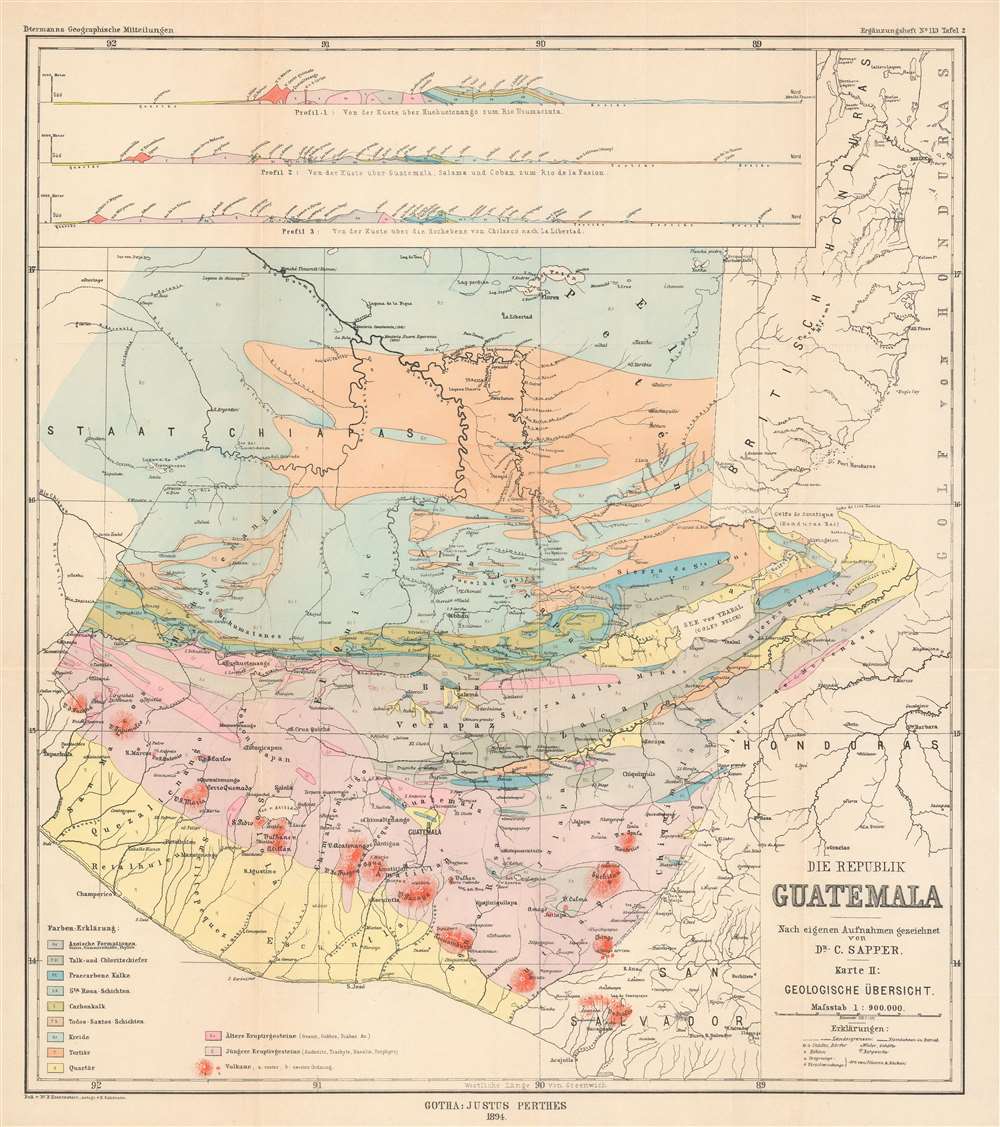 A rare geological map of Guatemala.

This is an 1894 Bruno Hassenstein geological map of Guatemala. Eleven different colors represent eleven different geological formations, including Azoic formations, formations of talc and chlorite slate, tertiary formations, quaternary formations, and older and younger igneous rock formations. A key situated in the lower left corner identifies which color corresponds with which formation, and small upper-case letters are used on the map to explicitly identify the color used in different sections of the map. Even small areas of each color are labeled, allowing for easy identification of the formations. Three profiles are situated along the top border and present this information from a much different perspective, allowing the viewer a better understanding of how rock formations create layers in the Earth's crust. The first profile illustrates an area 'from the coast via Huehuetenango to the Rio Usumacinta', while the second details a region 'from the coast via Guatemala, Salama and Coban to the Rio de la Pasion', and the third depicts an area from the coast over the Chilasco Plateau to La Libertad'.

This map was created and drawn by Bruno Hassenstein and engraved by Hubert Salzmann for publication by Justus Perthes in an 1894 edition of Petermanns Geographische Mitteilungen. The OCLC catalogs examples as being part of the institutional collections of The British Library, the Bavarian State Library in Munich, and the Central Library of Zurich. Examples are rare on the private market.