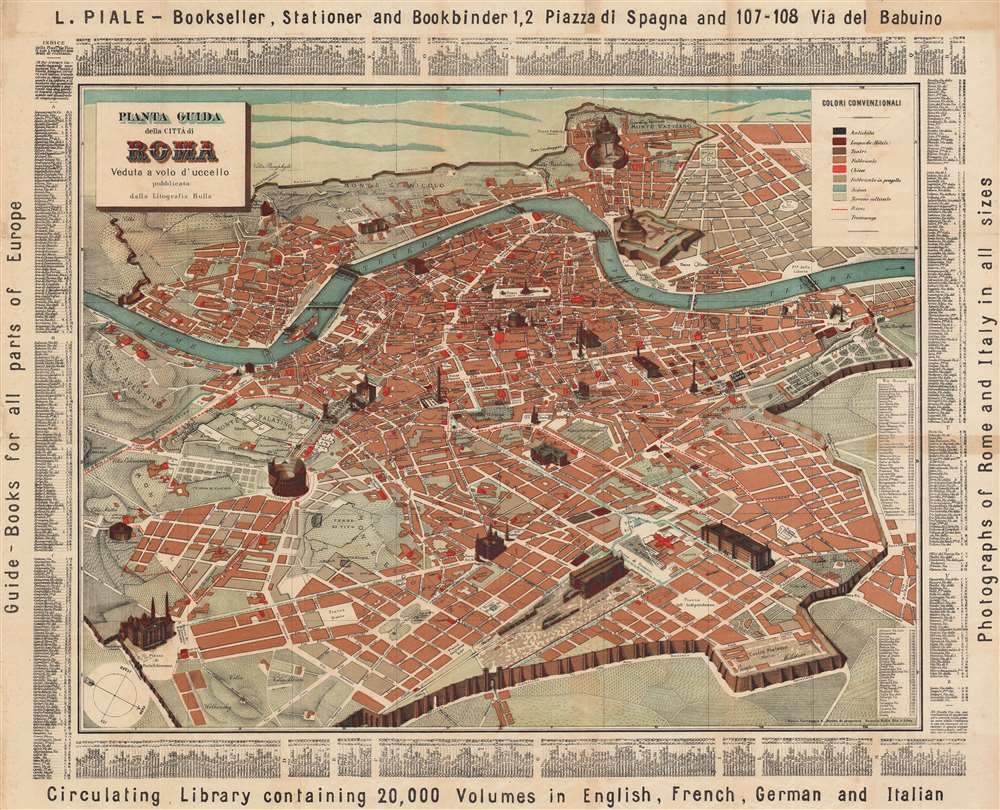 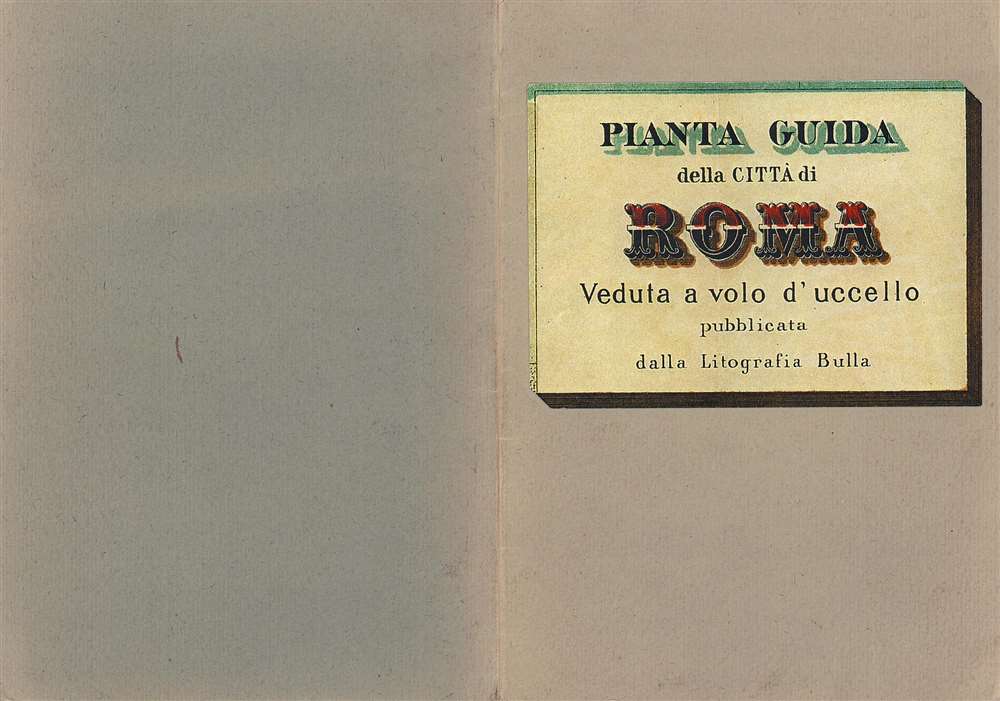 This is a scarce c. 1885 Romolo Bulla pictorial tourist map of Rome, Italy. Oriented to the west-southwest, Bulla's map depicts Rome from the Aventine Hill to the Piazza del Popolo and the Villa Borghese, and from the Vatican to the Termini train station. Profile illustrations of most of the major monuments in Rome appear throughout, including the Colosseum, the Roman Forum, the Trevi Fountain, the Pantheon, the Temple of Vesta, and the Vatican, among others. All place names and street names are in Italian. A street index appears just outside the border.

This map was created and published by Romolo Bulla c. 1885. Bulla published several editions of this map, most of which can be distinguished by the development of Rome's tramway system. We believe the presently offered map to be one of the earliest in the series, as only the first two tramway lines are illustrated. We note various states cataloged in institutional collections and we note OCLC entries for maps bearing this title and approximate date. We also note an example at Harvard University.

François Bulla (fl. c. 1814 - 1855) was a French engraver, printmaker, lithographer, and printer. Born in Tessin, Bulla opened his business at 98, Rue du Temple around 1814 and moved to 38, Rue Saint-Jacques in 1821. Bulla published a catalog of his work in 1838 entitled Catalogue général des estampes et lithographies compost le fond de F. Bulla, éditeur, quaint Saint-Michel, 25 that was printed by the Imprimerie de Ducessois. Bulla's business was described in the Bazar Parisien in 1826 in this manner: