1797 Cassini Map of West Africa and the Gold Coast 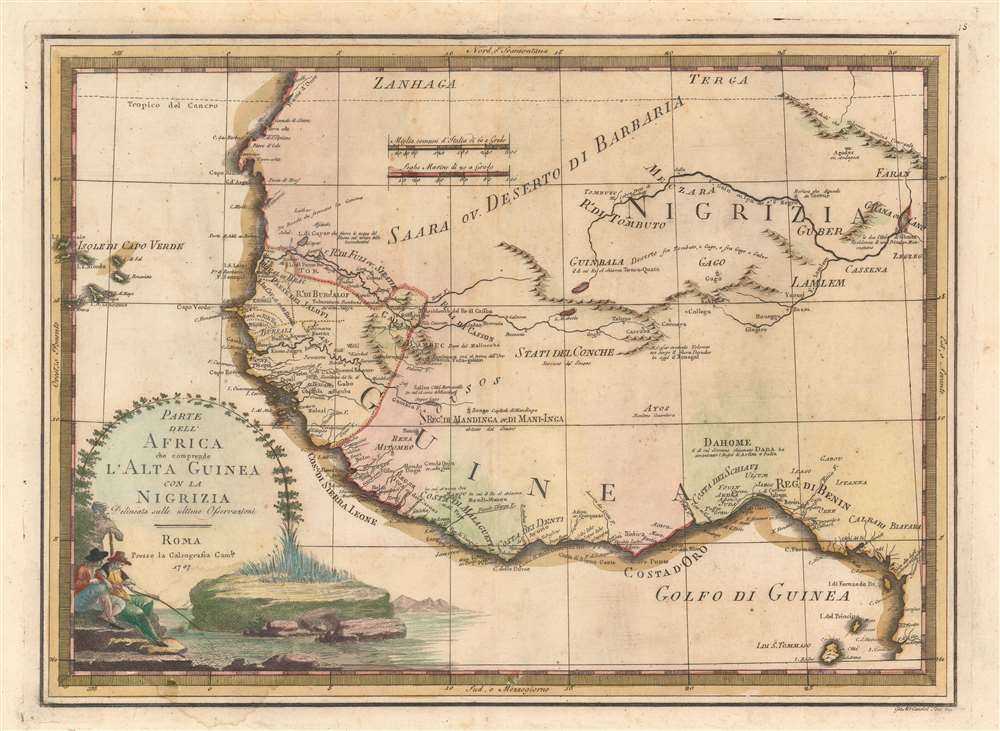 1797 Cassini Map of West Africa and the Gold Coast

This is a 1797 Giovanni Maria Cassini map of West Africa. The map depicts the region from the Cape Verde Islands to the Bight of Bonny (Bight of Biafra) and the Bight of Bonny Islands and from the Tropic of Cancer to the modern-day island nation of São Tomé and Príncipe. As is the case with many 18th and 19th century maps of Africa, coastal features are illustrated in detail and numerous coastal settlements are labeled. Coastal rivers are also noted. The interior of Africa, however, is a vast empty space, reflecting the lack of knowledge about the geography of the continent's interior. Rivers are charted and some settlements are labeled, including what is most likely Timbuktu (Tombuto). Tribal names are referenced, but no borders for their territories are provided.

This map was created by Giovanni Maria Cassini and published in 1797.