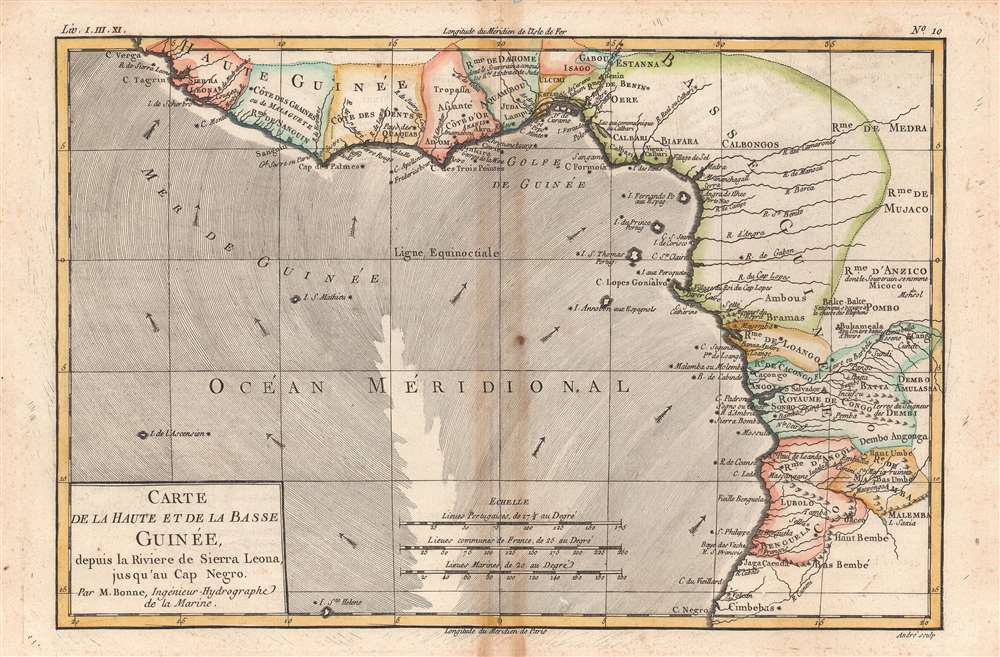 Bonne's drawing of the Guinea coast, epicenter of the Transatlantic Slave Trade.
$150.00

The map features towns, rivers, some topographical features, ocean currents, and political boundaries. Scales are provided in Portuguese, French, and marine leagues. The placenames used by Europeans for these territories indicate their importance for various trades (gold, ivory, salt, etc.). However, no mention or reference is made of the Transatlantic Slave Trade, which peaked around the time this map and was centered on the port cities shown here.

Good. Some discoloration and imperfections along fold line.