1873 U.S. Coast Survey Map of the Delta of the Mississippi River 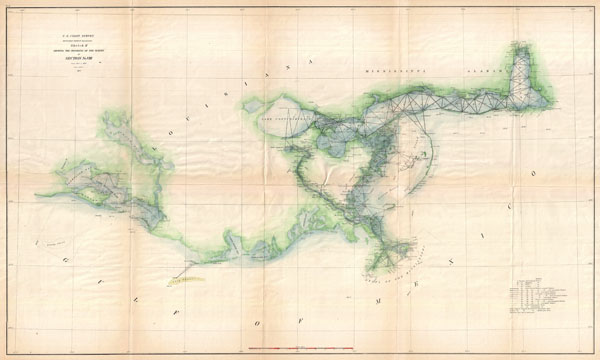 1873 U.S. Coast Survey Map of the Delta of the Mississippi River

Report of the Superintendent of the United States Coast Survey, (Washington) 1873.

Good. This chart exhibits extreme brittleness throughout. There are a number of archival verso repairs and reinforcements - most along the fragile original fold lines. Original fold lines exhibit some additional toning.
Looking for a high-resolution scan of this?