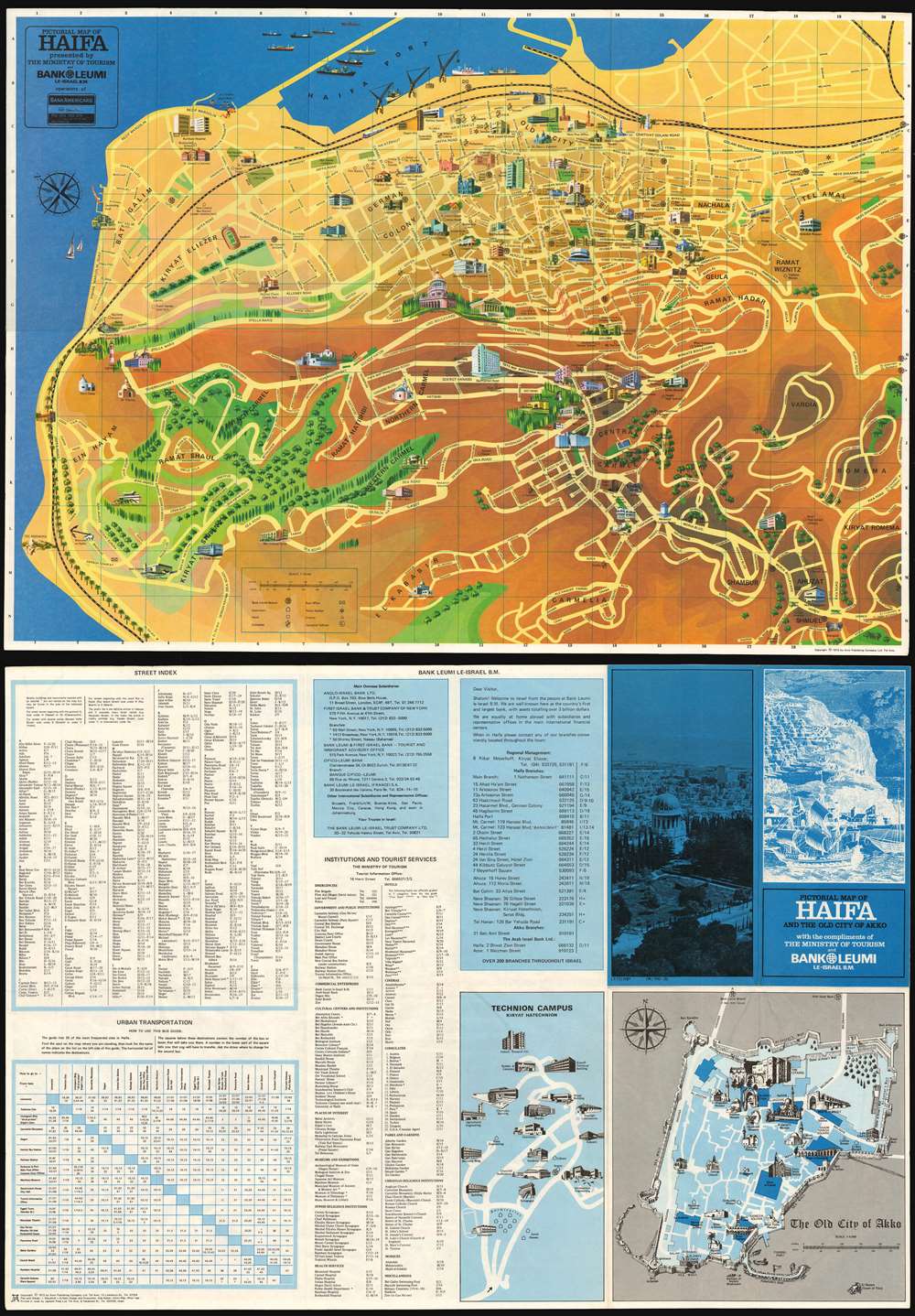 An Attractive Pictorial Tourist's Map of the City of Haifa
$200.00

This is a charming 1972 Pictorial tourist map of Haifa, the third largest city in Israel. The map is oriented towards the northeast, shows major thoroughfares, and identifies important neighborhoods with landmark structures shown in profile. Green spaces are indicated pictorially (and with color;) topography is indicated with shading. The port is shown with ships being loaded at the quay; sailboats can be seen heeling in the Mediterranean off shore from the now-abandoned modernist Casino Bat Galim. The map is overlaid with a letter-and-number grid providing coordinates for tables provided on the verso, allowing the traveler to easily locate streets, institutions and tourist services. The verso includes a map of the Israel Institute of Technology (highlighting its architecture.) Also on the verso is a map of the historic city of Akko (Acre, Israel) situated to the north of Haifa, across Haifa Bay. Where the emphasis on Haifa are the modern structures and amenities of the city, the focus on Akko is overwhelmingly historical: ancient city walls, the Crusader citadel, mosques and churches all attest to the long and complicated history of the city.

This map was produced by the Amir Publishing Company, who specialized in pictorial maps of this kind. It was executed on behalf of Israel's Ministry of Tourism and Bank Leumi. It appears to have been neglected on the market: we see none in dealers' catalogues and auction records. OCLC shows perhaps a dozen in institutional collections.


Immanuel Blaushild (fl. 1970-1990) is an Israeli illustrator, editor and mapmaker. He worked in Tel Aviv, as art director for the Amir Publishing Company, a Tel Aviv firm specializing in pictorial maps of Israeli cities.