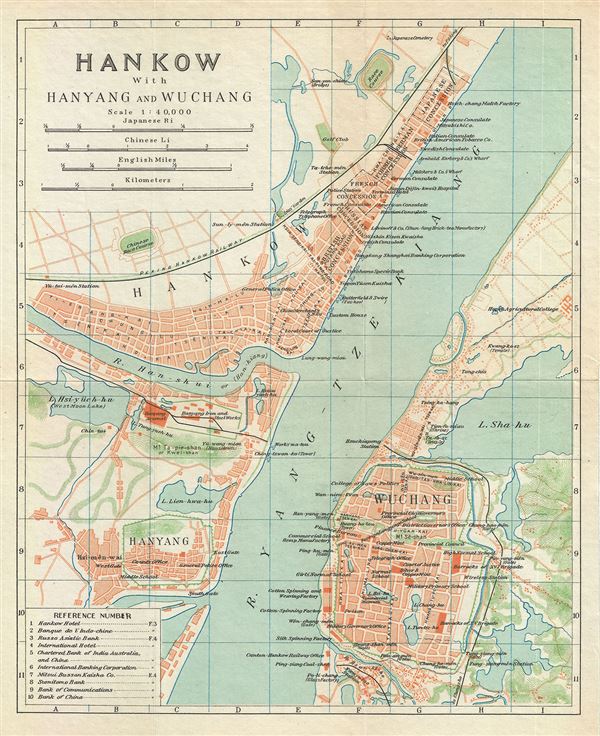 This is a beautiful 1924 map or plan of Hankow or Hankou, with Hanyang and Wuchang. This map, issued by the Imperial Japanese Government Railways, is centered on the intersection of the middle reaches of the Han and Yangtze rives, and depicts the modern day city of Wuhan, arising out of the conglomeration of the three cities. The map depicts the region in great detail, noting streets, individual buildings, lakes, railways, and other topography. The five foreign concessions are also noted. Several railway lines are identified, including the Peking Hankow Railway. This map was issued as part of the 1924 Official Series Vol. D of the Guide to China and printed at the Toppan Printing Company.