1867 Weyss Map of the Battlefied of Harper's Ferry during the U.S. Civil War 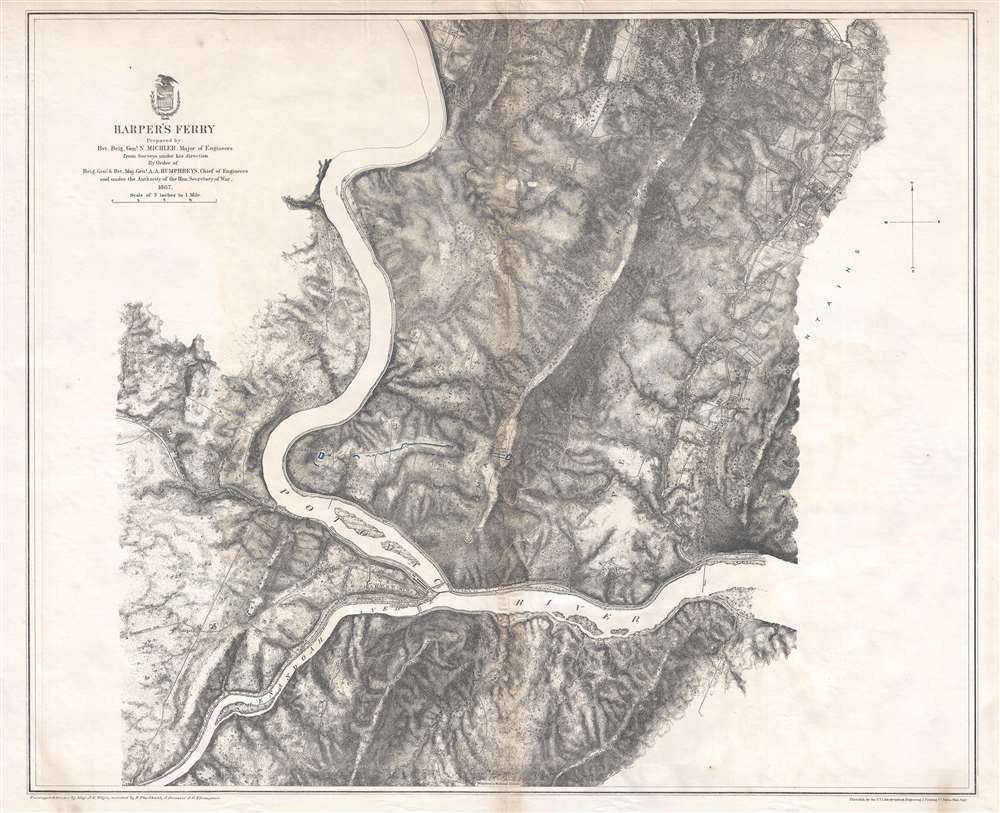 1867 Weyss Map of the Battlefied of Harper's Ferry during the U.S. Civil War

A detailed map of Harper's Ferry, a key strategic locations during the American Civil War.

This is an 1867 John Weyss and Nathaniel Michler map of the vicinity of Harper's Ferry, West Virginia. The map depicts the region from just west of the tollgate on the Charlestown Pike to the South Mountains and from the Mullendar farm to Waldro's School House. Harper's Ferry, located at the confluence of the Shenandoah River and the Potomac River, is situated to the left of center. Numerous farmsteads are illustrated and labeled throughout the region, along with mills, schoolhouses, and the town of Bolivar.

Harper's Ferry was a hotbed of violence during the Civil War, and even before the war started. John Brown attacked and captured the Federal Arsenal in Harper's Ferry in October 1859 in the hope of igniting a slave rebellion. This assault was then put down by Colonel Robert E. Lee. Over the course of the war, from 1861 until 1864, possession of Harper's Ferry would change between the Union and the Confederacy numerous times, the last being General Philip Sheridan's occupation of the town in August 1864 as a base of operations for his pursuit of Confederate General Jubal Early in the Shenandoah Valley. It is important to note that West Virginia, a region that was sympathetic to the Union cause, seceded from the state of Virginia in 1861 following Virginia's secession from the United States.