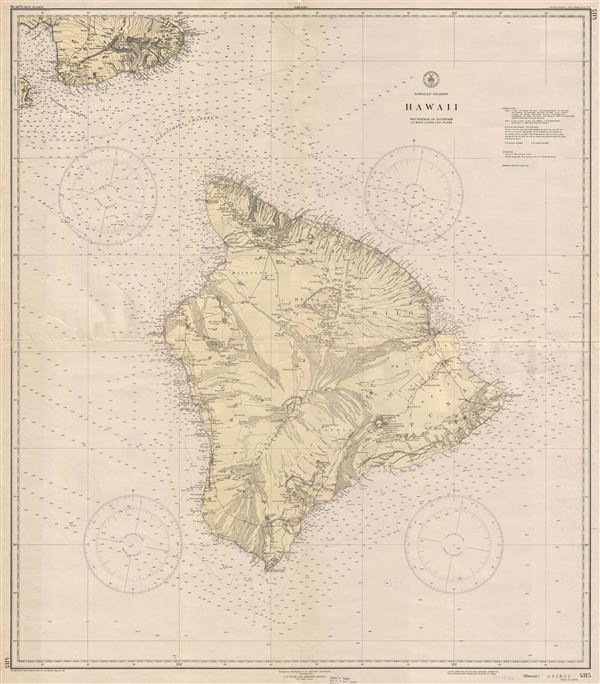 This is an uncommon and desirable 1948 nautical chart of the Hawaii - the largest island in the Hawaiian Archipelago. Offers some inland detail as well including topography, rivers, roads, trails and cities. Includes countless depth soundings in Fathoms. The chart was prepared under the supervision of L. O. Colbert, Director, U.S. Coast and Geodetic Survey and published in Washington D.C. as coast chart no. 4115.