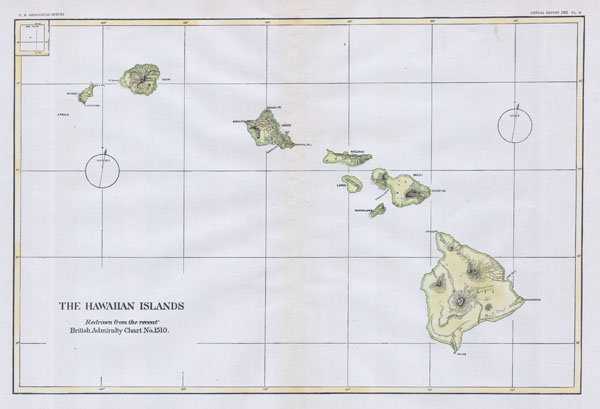 This beautiful and fascinating map of the Hawaiian Islands (Sandwich Island Group), was published for the 1883 Annual Report of the U. S. Geological Survey. Map offers topographical and nautical information. This map was based upon original charts drawn by the British Admiralty. Map is dated 1883.

Annual report of the United States Geological Survey to the Secretary of the Interior. (1883 edition)

Very good condition. Original fold, as issued. Blank on verso.
Looking for a high-resolution scan of this?