1835 Burritt/Huntington Map of the Heavens or A Celestial Planisphere 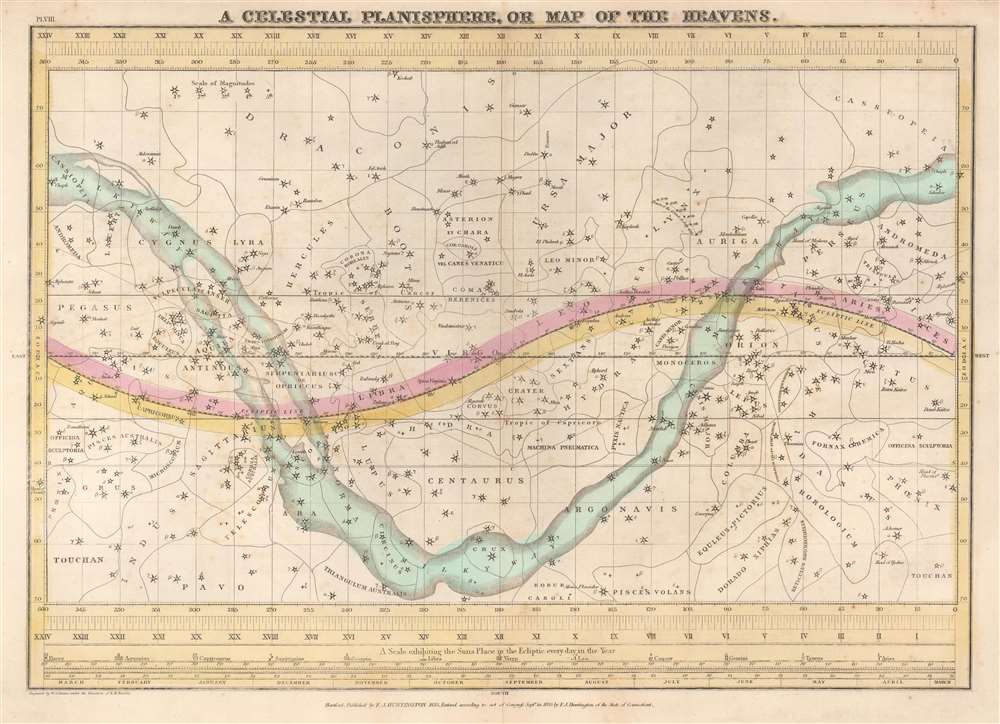 1835 Burritt/Huntington Map of the Heavens or A Celestial Planisphere

This is a rare 1835 Elijah Burritt hand-colored map of the night sky. Centered on the Ecliptic Line, this map identifies zones associated with each major constellation. The Milky Way is shaded. A scale exhibiting the Sun's place in the ecliptic at various times of the year appears below the map proper. This map, like all of Burritt's charts, is based on the celestial cartographic work of Ignace-Gaston Pardies (1635 - 1673) and Johann Gabriel Doppelmayr (1677 - 1750).

This map was engraved by W. G. Evans of New York under the direction of Elijah H. Burritt. It was issued as plate no VIII in the 1835 edition of F. J. Huntington's Atlas Designed to Illustrate the Geography of the Heavens. Dated and copyrighted: 'Hartford Published by F. J. Huntington 1835. Entered according to Act of Congress Sept. 1st 1835 by F. J. Huntington of the State of Connecticut.'

Burritt, E., Atlas, Designed to Illustrate the Geography of the Heavens, New Edition, (Huntington and Savage) 1835.