1909 Ottoman Mehmet Eşref Maps of the World in Hemispheres 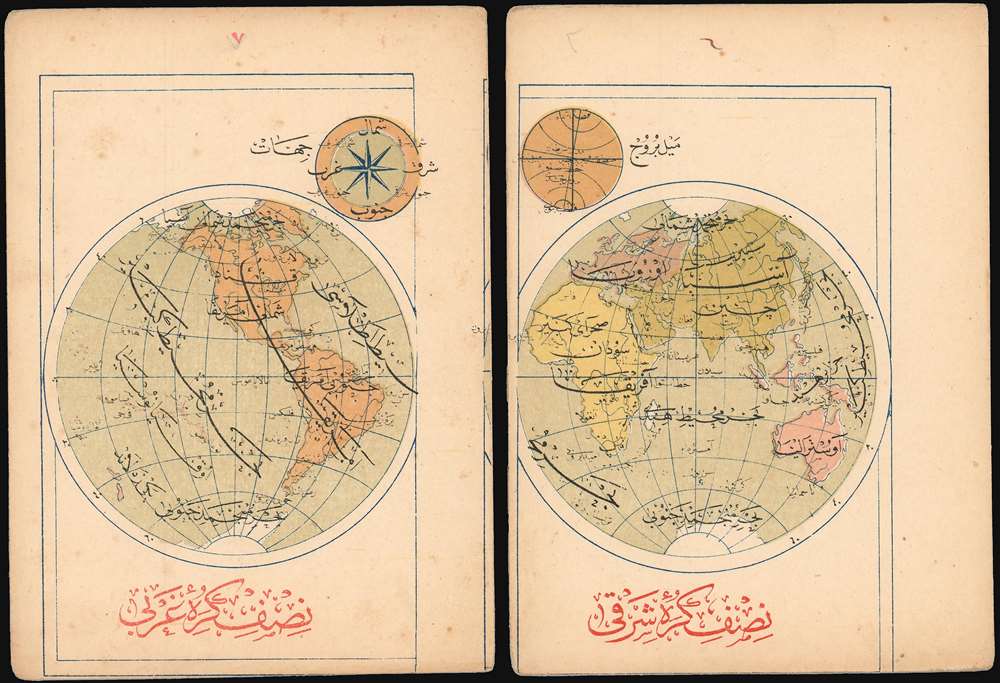 1909 Ottoman Mehmet Eşref Maps of the World in Hemispheres

This is a pair of 1909 Turkish Eastern and Western Hemisphere maps, produced by the educator and publisher Mehmet Eşref. Together they comprise one of the few Turkish maps of the world available to the collector. All titles and descriptive text are in Ottoman Turkish. National borders are not shown, but large geographical features - the Great Lakes, the Mississippi River, the Amazon and the Nile do appear. Antarctica is shown in a tentative fashion. Chromolithograph.

Mehmet Esref (1846 or 1847-1912) was a Turkish educator and publisher active in the first part of the 20th century. He published several historical and educational atlases, all of which are rare on the market and contain many of the first Turkish maps of the regions they depict. Learn More...