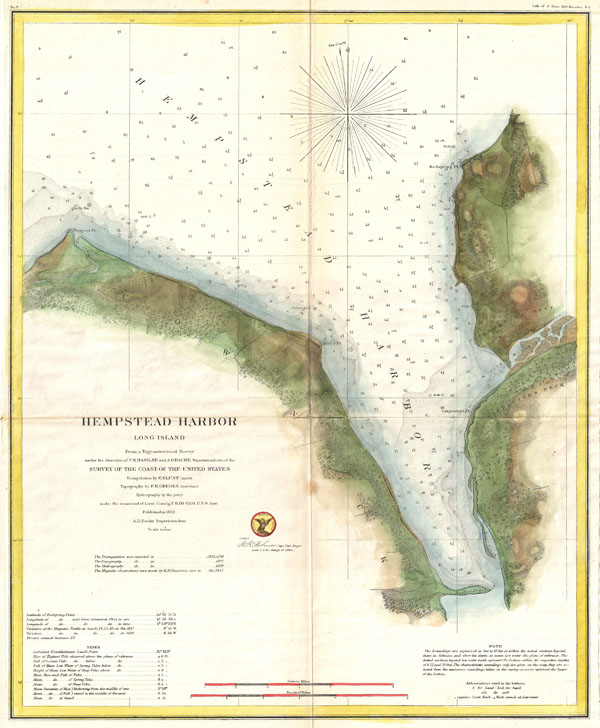 This is a very nice example of the 1859 U.S. Coast Survey nautical chart or map of Hempstead Harbor, Long Island. Focusing on the harbor, as titled, this map covers from Prospect Point to Redspring Point and as far south as Harbor Beach and East Beach, includes Carpenters Neck, Mosquito Neck, Motts Point and parts of Cowneck. There are countless depth soundings throughout. The trigonometrical survey for this map was compiled by F. R. Hassler and A. D. Bache. The triangulation is the work of E. Blunt. The topography was accomplished by F. H. Gerdes. The Hydrography was completed by a party under the command of. T. B. Huger. The entire chart was produced under the supervision of A. D. Bache, of the most prolific and influential Superintendents of the U.S. Coast Survey.

Report of the Superintendant of the United States Coast Survey, (Washington) 1859.