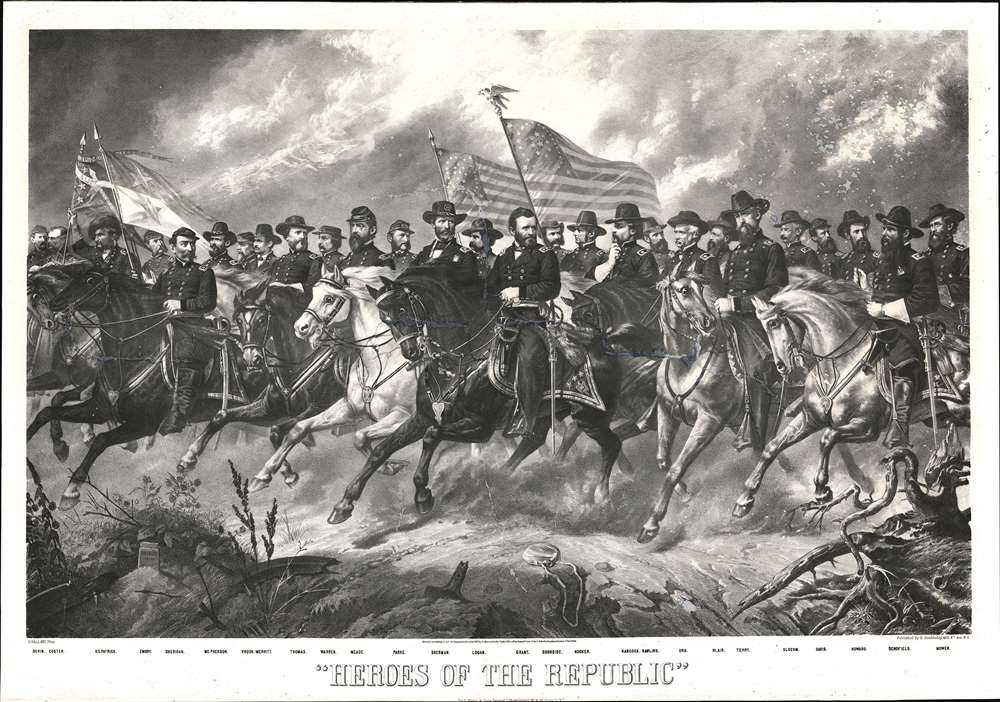 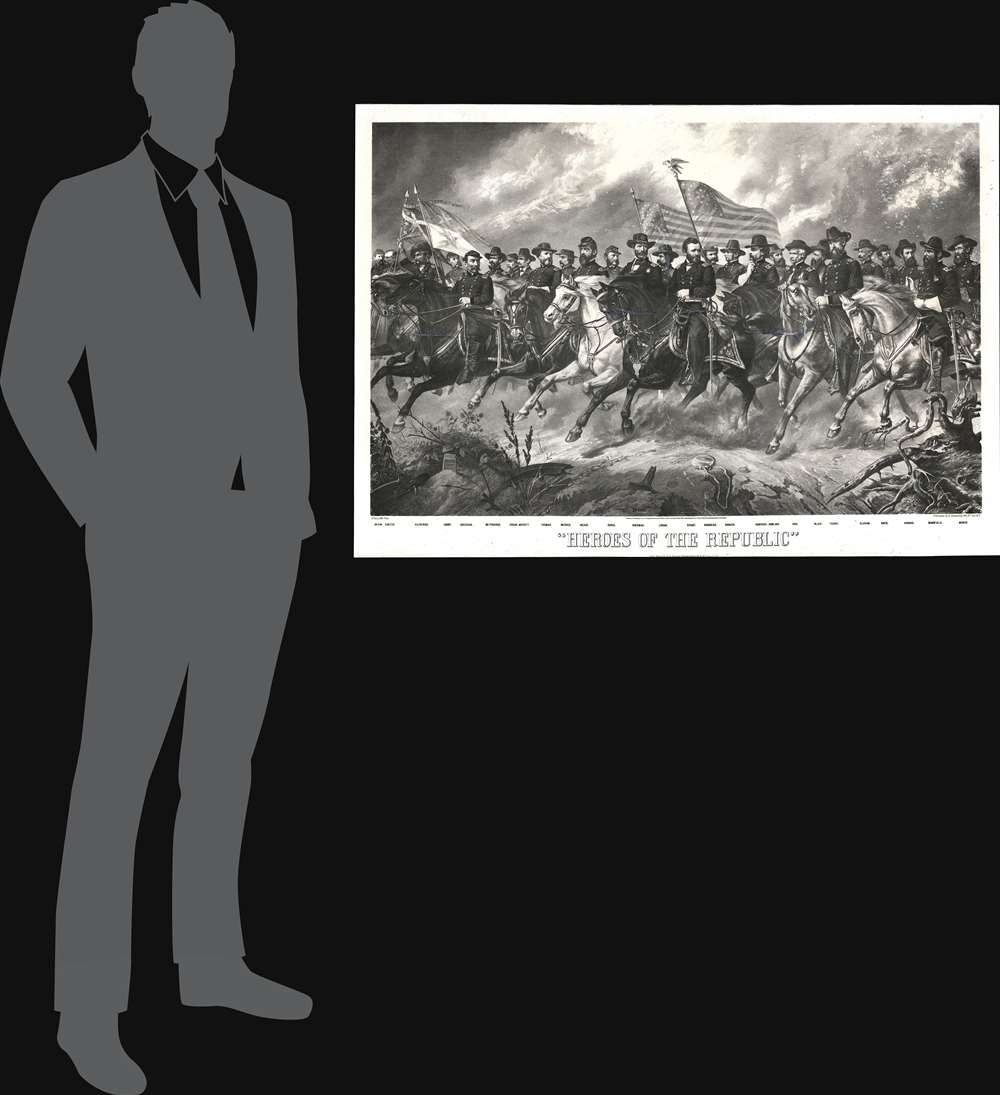 Only known example of 1867 lithograph of Balling's famous mural.

The only known surviving example of a rare 1867 Civil War view illustrating the 'Heroes of the Republic'. The view is based on a mural by Hansen 'Ole Peter' Balling, presented in 1865, just as the war ended. It is centered on General Ulysses S. Grant (1822 - 1885), with General William Tecumseh Sherman (1869 - 1883) on his left. The duo are surrounded by an additional 25 generals, all mounted. The banners of the Union are being held aloft. We note that the generals look remarkably calm and composed considering that they are charging their warhorses over rough terrain.

This view is based upon an 1865 painting by Hansen 'Ole Peter' Balling. The original mural is now housed at the National Portrait Gallery. It was engraved on stone by B. Howard and printed by Ferdinand Meyer and Sons for the publisher, Doubleday. This is the only known surviving example of the lithograph view.

Hansen 'Ole Peter' Balling (April 13, 1823 - May 1, 1906) was a Norwegian painter active in the United States in the second half of the 19th century. Balling was born in Christiania, Norway. He studied painting in the early 1850s at the Copenhagen Academy. During the First Schleswig War (1848 - 1850) he served as a Danish officer. It was during this war that he developed an interest in illustrating battles and military scenes. After the war, from 1854 to 1855, he studied Couture in Paris. He emigrated to the United States in 1856, settling in New York, where he worked as a portraitist and photographer. With the outbreak of the American Civil War (1861 - 1865), he volunteered for service and was commissioned as a captain with the Scandinavian Volunteers. During the course of the War, he was raised in rank to lieutenant Colonel. Throughout the war, he consistently sketched images of the figures he encountered - including most or the Union leadership. After the war he compiled these into a grand painting of General Ulysses S. Grant and his 26 generals entitled, 'The Heroes of the Republic'. The piece was well received when presented in 1865-66 and is today enshrined at the National Portrait Gallery. From 1881 to 1890 he relocated to Mexico where his renown as an artist earned him major private and government commissions. Around 1890, he repatriated to Norway, serving as the Mexican consul in Oslo. Just before his 1806 death he published a biography Memoirs of a Long Life. Learn More...

Average. Multiple large crack radiating form center. Infill. Ink flaking here and there. The whole has been stabilized on linen. Priced accordingly.
Looking for a high-resolution scan of this?