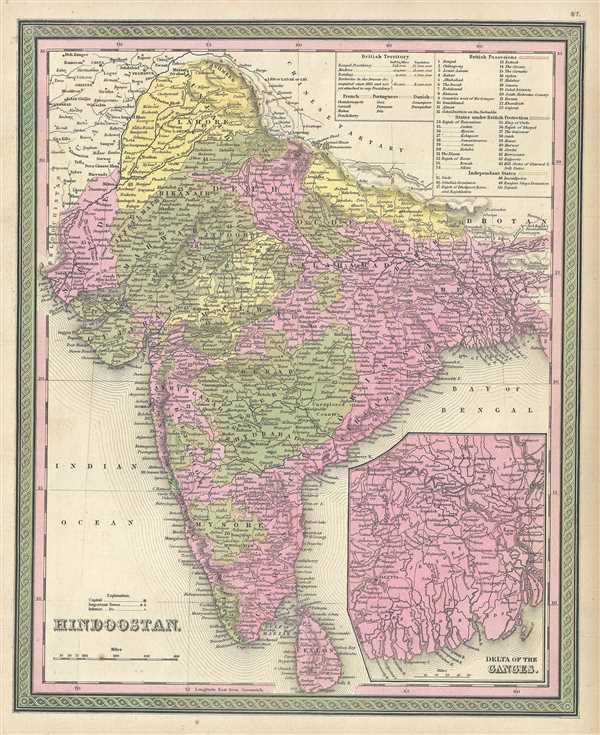 The Indian subcontinent under British Rule.

This is an attractive example of S. A. Mitchell's 1849 map of India. It covers the Indian subcontinent in considerable detail, with princely states and British possessions color coded. An inset in the lower right hand quadrant details the Delta of the Ganges River. Political and topographical features are noted and color coded with elevation rendered by hachure.