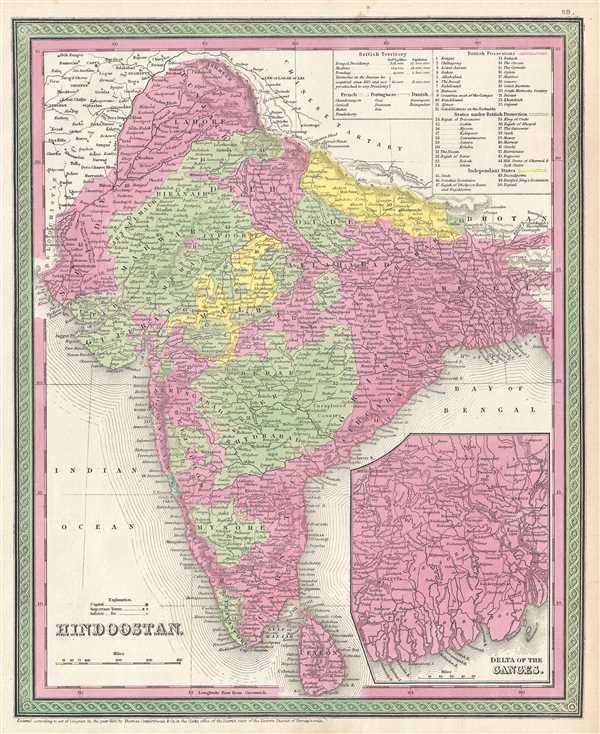 The Indian subcontinent under British Rule.
$150.00