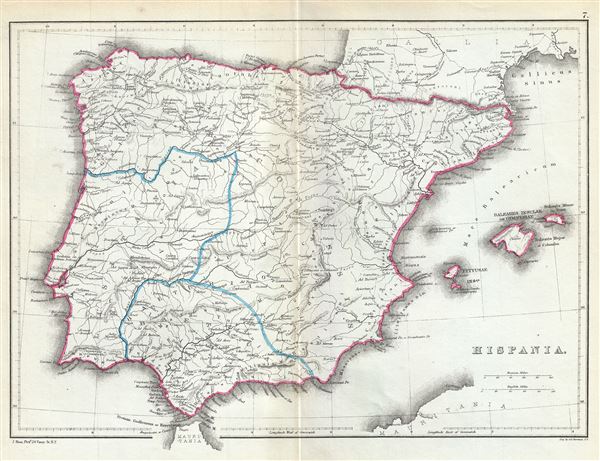 This is a lovely 1867 map of Hispania or Spain and Portugal by William Hughes. The map depicts the Iberian Peninsula under the Roman Empire from the Atlantic Ocean to the Mediterranean Sea, including the Balearic Islands. The Roman provinces of Tarraconensis, Baetica and Lusitania are identified. Although the Romans controlled most of the Iberian Peninsula from about 218 BC, it took them close to two centuries to fully subjugate the region.

This map was created by William Hughes, printed by J. Bien and engraved by G.E. Sherman, for issued as plate 7 in Sheldon and Company's An Atlas of Classical Geography.