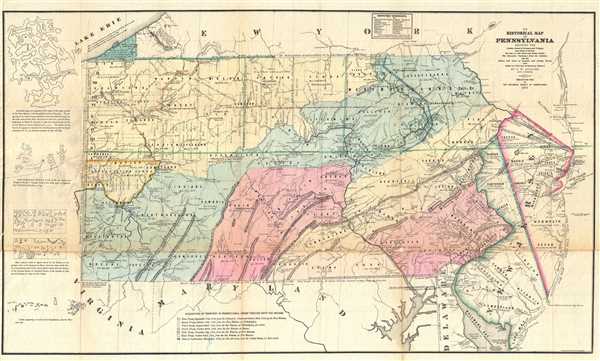 Important Sheafer historical map of Pennsylvania depicting the growth of the state.

The map was published by the Historical Society of Pennsylvania, which was founded in 1824. It is accompanied by its original binder, which also contains a 28 page booklet that was published along with the map, which is included.

Good. Backed on archival tissue for stability. Blank on verso. Comes with original binding Historical Map of Pennsylvania, 1875 which includes a 28 page booklet about the map.