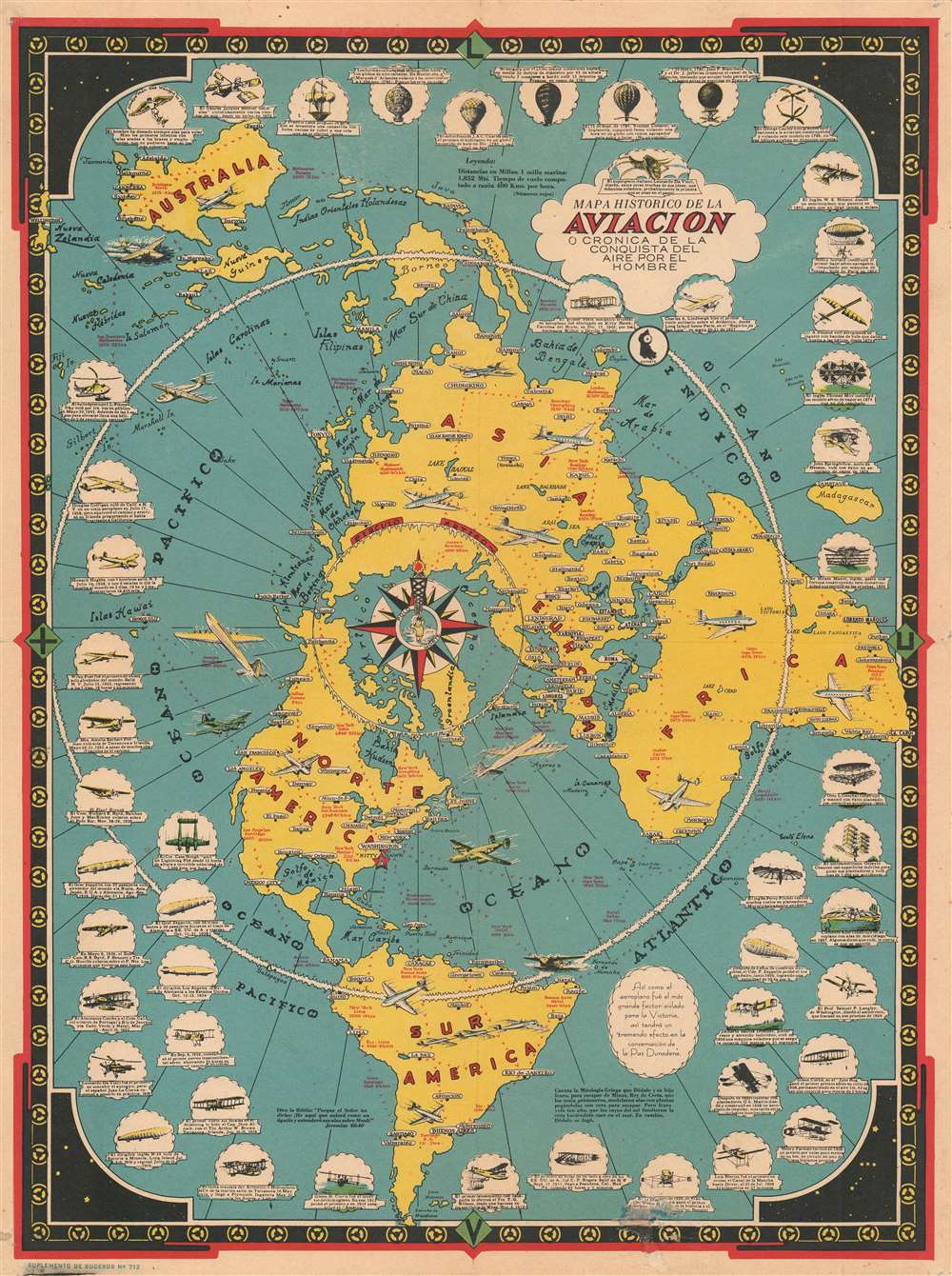 An extremely rare Spanish language reduction of Ernest Dudley Chase's map of the history of flight published in Mexico.

This is a 1945 Spanish translation of an Ernest Dudley Chase pictorial map of the history of aviation that was published in Mexico. A reduced version of Chase's map entitled 'The Story Map of Flying', small vignettes highlighting landmark achievements in aviation encircle a map of the world drawn on a polar projection. Planes, both real and imaginary, are illustrated flying across the world. Some of these include flying boats, early airliners, and bombers flown during World War II, including the Consolidated B-24 Liberator and the Boeing B-17 Flying Fortress. Humanity's earliest attempts at flight are chronicled beginning at the top left and proceeding clockwise, from the unsuccessful attempts to fly with wings strapped to one's arms, to hot air balloons, and then several unsuccessful attempts to create powered flying machines. The Wright Flyer, recognized as the first successful heavier-than-air powered aircraft, is illustrated just below the title, next to Charles Lindbergh's Spirit of St. Louis, in which Lindbergh completed the first successful solo flight across the Atlantic Ocean. Other aviation pioneers referenced here include Glenn Curtis, Richard Byrd, Amelia Earhart, Wiley Post, and Howard Hughes.

This map was published in 1945 as a supplement to issue number 712 of the Mexican magazine 'Sucesos para todos'. This is the only known example.

Good. Even overall toning. Wear along original fold lines. Verso repairs to fold separations. Exhibits pinholing at corners. Area of infill along bottom border. Blank on verso.
Looking for a high-resolution scan of this?