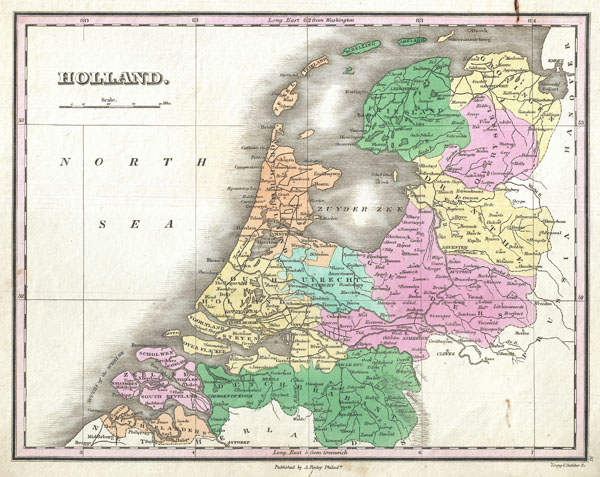 A beautiful example of Finley's important 1827 map of Holland or the Netherlands. Covers the region Friesland south to Dutch Flanders and Brabant. Identifies numerous cities, river systems, swamps and canals. Title and scale in upper left quadrant. Engraved by Young and Delleker for the 1827 edition of Anthony Finley's General Atlas.