1845 Chambers Map of Holland and Belgium 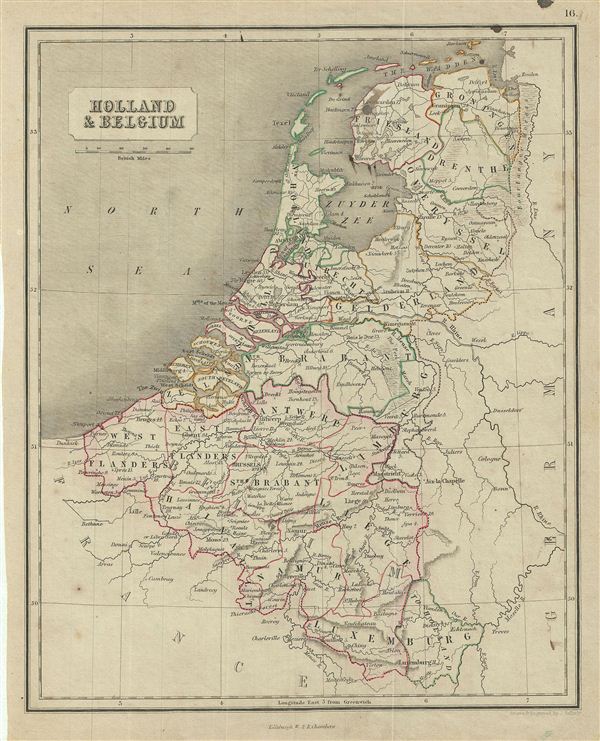 1845 Chambers Map of Holland and Belgium

This is a fine example of the 1845 Chambers map of Holland (The Netherlands) and Belgium. The map covers the United Kingdom of Netherlands including Holland and Belgium from the North Sea to the Duchy of Luxembourg. In 1830, the Belgian Revolution led to the secession of Belgium from the United Kingdom of Netherlands and the establishment of the independent Kingdom of Belgium. Though Belgium had successfully made itself independent, the Netherlands refused to recognize the new country until the 1839 Treaty of London. Divided and color coded according to regions and territories, the map identifies various cities, towns, islands, rivers, and an assortment of additional topographical details. This map was drawn and engraved by J. Gellatly.

Very good. Moderate age toning. Blank on verso. Minor stains over Friesland and the top margin.
Looking for a high-resolution scan of this?