1850 Cruchley Map of Holland and Belgium 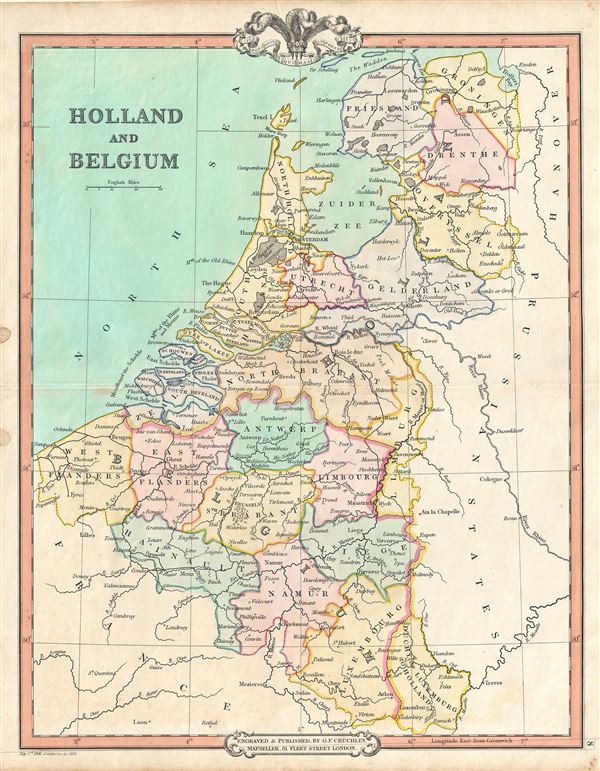 1850 Cruchley Map of Holland and Belgium

A beautiful example of by George Frederick Cruchley's 1850 map of Holland (Netherlands) and Belgium. It covers the region from the North Sea to the Duchy of Luxemburg in the South. This map is color coded according the counties and provinces, showing important cities, towns, rivers, lakes, mountains and other important topographical features. Elevation is rendered in hachure.

In 1830, the Belgian Revolution led to the secession of Belgium from the United Kingdom of Netherlands and it's subsequently consolidation as the independent Kingdom of Belgium. Though Belgium had successfully attained self-rule, the Netherlands refused to recognize the new country until the 1839 Treaty of London.