1850 Delamarche Map of Holland and Belgium 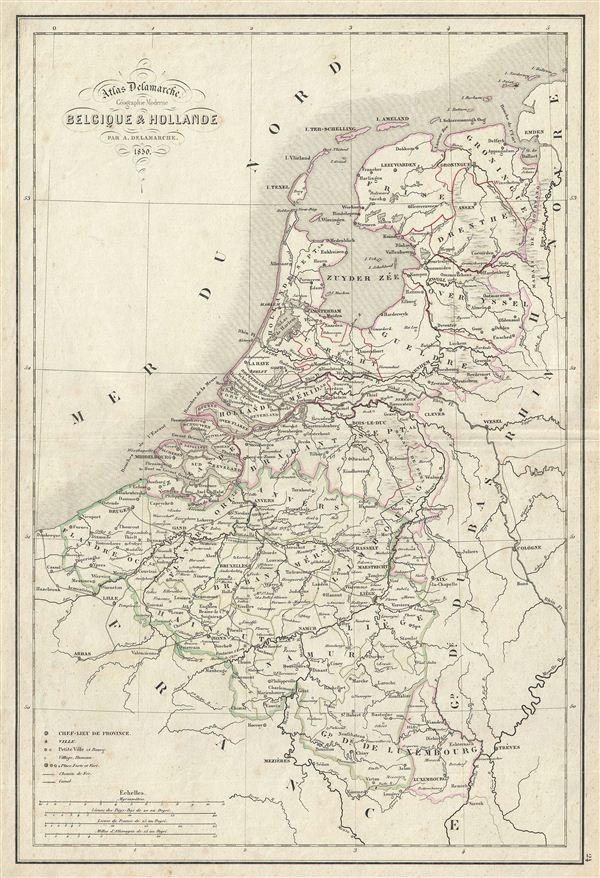 1850 Delamarche Map of Holland and Belgium

This is a beautiful example of Alexandre Delamarche's 1850 map of Holland (the Netherlands) and Belgium. It covers from the North Sea to the Grand Duchy of Luxembourg in the south. In 1830, the Belgian Revolution led to the secession of Belgium from the United Kingdom of Netherlands into the independent Kingdom of Belgium. Though Belgium had successfully made itself independent, the Netherlands refused to recognize the new country until the 1839 Treaty of London. Throughout, the map identifies various cities, towns, rivers, mountain passes and an assortment of additional topographical details. Political and regional borders are highlighted in outline color. This map was issued by Delamarche as plate no. 24 in his Atlas Delamarche Geographie Modern.