1783 Janvier Map of Holland and Belgium 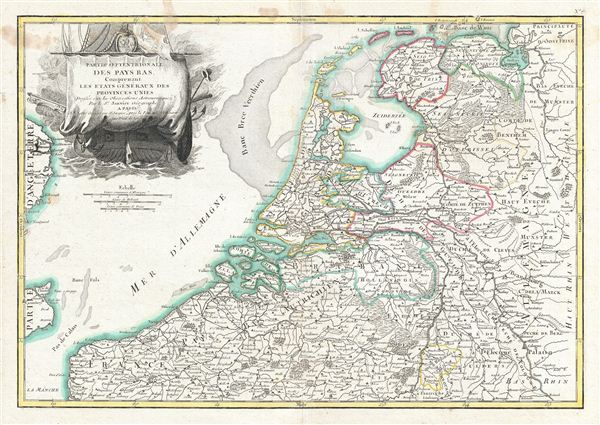 1783 Janvier Map of Holland and Belgium

A beautiful example of Jan Janvier's 1783 decorative map of the Low Countries or Pays Bas. This region covers modern day Holland and Belgium from Friesland south to France, west to the english Channel, and east to Germany. excellent detail is offered throughout with mountains, rivers, forests, national boundaries, regional boundaries, forts, and cities identified. Some undersea detail is included. A large decorative title cartouche depicting a merchant ship appears in the upper left quadrant. Drawn by Jan Janvier around 1783 for issue as plate no. 7 in Jean Lattre's 1783 issue of the Atlas Moderne.