1849 Mitchell Map of Holland and Belgium 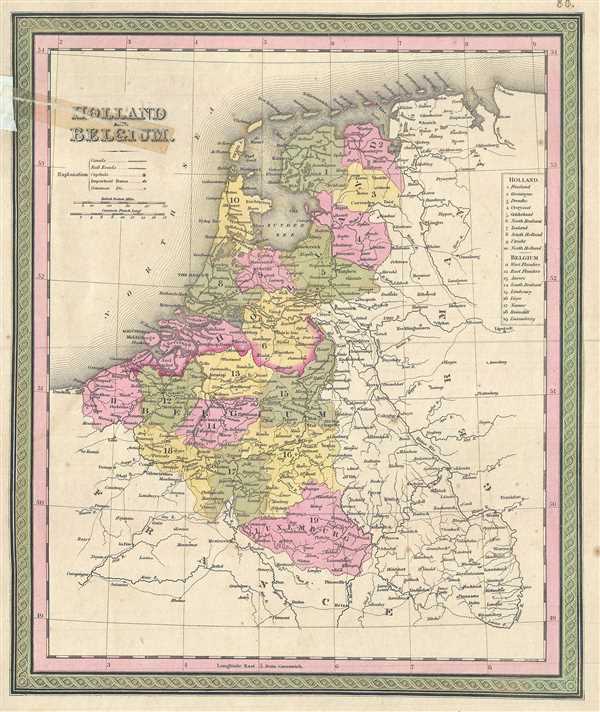 1849 Mitchell Map of Holland and Belgium

Holland and Belgium with Luxemburg as depicted by Mitchell.

This is a lovely example of S. A. Mitchell Sr.'s 1849 map of Holland and Belgium. Depicts both countries color coded according to individual departments. Includes Luxembourg. Political and topographical features are noted and color coded with elevation rendered by hachure. An inset table along the right border details the foreign possessions belonging to Holland and Belgium.