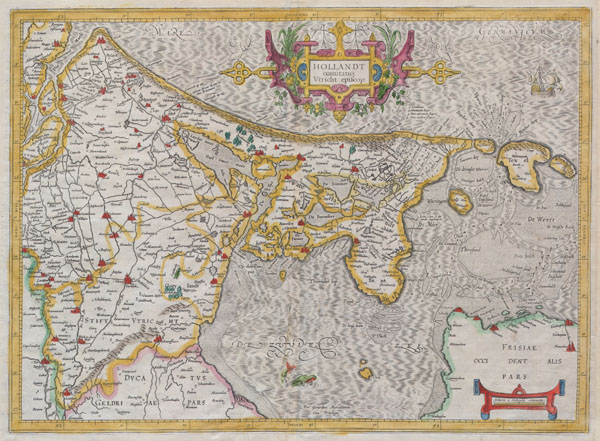 A rare and beautiful 1606 map of Holland ( Netherlands ) by Gerard Mercator. Amsterdam appears at the center and the map extends south as far as Harderwyck and west as far as Rhenen and Rotterdam. The Zunder Zee, now a damned inland waterway, occupied the lower center of the map and a sea monster lying in wait for unwary ships – one of which sails in at the top right of the map. Elaborate title cartouche top center.