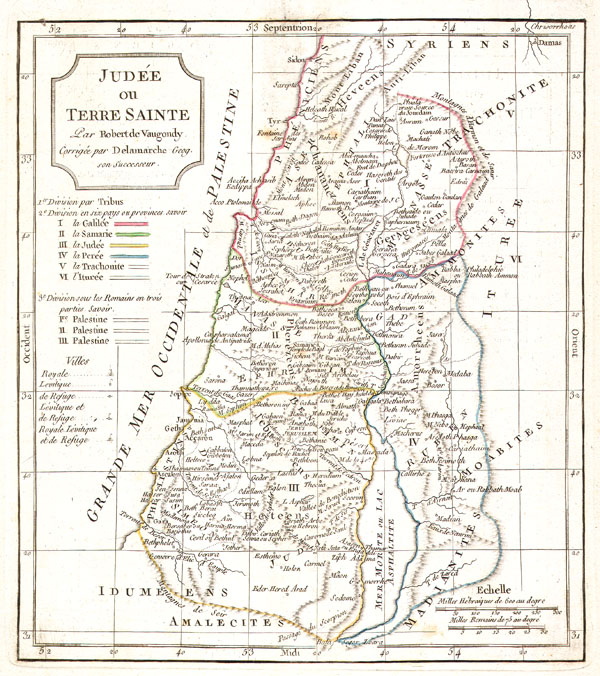 This is a fine example of Delamarche's 1832 map of Israel, Palestine, or the Holy Land. It details the region on both sides of the Jordan River with the Mediterranean shoreline running from Asher to Judah. Includes the Biblical cities of Soddom and Gammorah, victims of God's wrath, on the shore of the Dead Sea. A table along the left margin explains the various divisions, viz. under the Roman division, and in six countries or provinces, and according to the Twelve Tribes of Israel. Various cities, towns, rivers, lakes and other topographical details are marked. This map originally by Robert Vaugondy, is corrected by his successor, Delamarche. Issued as part of Delamarche's Atlas de la Geographie.